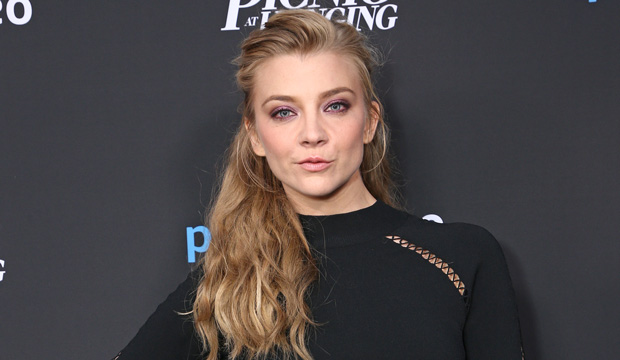 Natalie Dormer has made a name for herself playing complex noblewomen in shows like “Game of Thrones” and “The Tudors” in recent years, but Amazon’s new limited series “Picnic at Hanging Rock” provides her with the role she was born to play. As Hester Appleyard, the wicked headmistress of a college for girls in 1900s Australia, Dormer proves that she is more than capable of commanding her own show, turning in one of the best performances of her career. Margaery Tyrell and Anne Boelyn have got nothing on the indomitable Mrs. Appleyard. Could Dormer get an Emmy nomination for Best Movie/Mini Actress?

“Picnic at Hanging Rock,” Amazon’s program based on the Joan Lindsay novel of the same name, tells the story of a group of girls at Mrs. Appleyard’s college who go missing under mysterious circumstances after the titular picnic. As the hunt for the girls begins, the series (which was also adapted into a 1975 film by Peter Weir) helps fill in the blanks regarding what led up to their disappearance, and we witness Mrs. Appleyard impossible expectations for the girls firsthand. We also get to see how the seemingly aristocratic headmistress has a dark past, of which she is perpetually haunted. As the layers are pulled back on what caused the girls to run off at Hanging Rock, the series further explores how Mrs. Appleyard’s brutal tendencies may have been a direct result of her upbringing.

It would be a juicy role for any actress to play, but Dormer brings her own distinct charisma to the part. Her Mrs. Appleyard is hauntingly evocative, portraying a woman who has had to grow up fast and puts up a tough exterior to keep up appearances. Like any well-written villain, her intentions make sense given her backstory. But make no mistake, Mrs. Appleyard’s intentions do not excuse her behavior, and Dormer truly shines when her character is psychologically torturing a young student or bluntly insulting a teacher.

If Dormer’s “Game of Thrones” character Margaery was a noblewoman who could effortlessly win the love and respect of the public, her Mrs. Appleyard is much more in line with Margaery’s sparring partner, the evil queen Cersei Lannister (Lena Headey). Like Cersei, Mrs. Appleyard is lured by power and control and rules with an iron fist, but lacks the natural graces of her counterparts and takes advantage of their kindness. Despite her character’s domineering nature, Dormer never goes fully over the top in the role, smartly expressing her insecurities and thirst for control in subtle gestures and facial tics.

As it stands now, Dormer has the potential to sneak into a wide-open Limited Series/Movie Actress category at the Emmys. As one of the most popular supporting characters on two-time Drama Series winner “Game of Thrones,” she should be relatively well-known to Emmy voters. She does have a bit of awards history herself, having collected two Screen Actors Guild Award nominations as part of the sprawling ensemble of “Game of Thrones.” “Picnic at Hanging Rock” is also a highly regarded property that could have name recognition of its own, especially among Australians in the Television Academy. Plus, the series has the benefit of dropping on Amazon just a few days before the eligibility window closes, so it’s possible that voters will be watching it as they are casting their ballots in June.

Can FX's 'Breeders' with Martin Freeman save the Emmys' comedy categories?