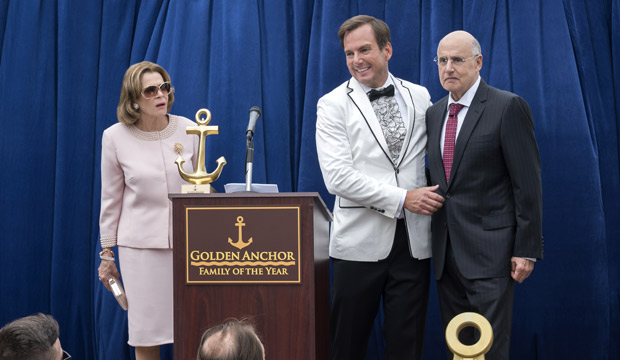 As Gold Derby exclusively reported, embattled actor Jeffrey Tambor previously exited the Best Comedy Actor Emmy race for Amazon’s “Transparent” amid harassment allegations. But now we’ve learned that Tambor will still be eligible at the 2018 Emmys for his work on Netflix’s “Arrested Development” in the Best Comedy Supporting Actor category. Tambor left “Transparent,” the show that earned him two Emmy Awards, after reports surfaced of inappropriate behavior on set from costar Trace Lysette and personal assistant Van Barnes. Despite that controversy, Netflix has decided to go ahead with their Emmy push for Tambor for Season 5 of “Arrested Development,” which streamed May 29.

Besides his two Emmy victories for “Transparent” (2015-16), the 73-year-old actor was previously nominated twice for “Arrested Development” (2004-05) back when it aired on Fox. He failed to get back into the supporting category when Netflix revived “Arrested Development” in 2013, but now the streaming network is hoping they’ll hear his name called when the Emmy nominations are announced July 12.

“Arrested Development” is a six-time Emmy winner, including Best Comedy Series in 2004, but it has yet to take home an acting award. Tambor’s fellow cast members Jason Bateman (2005, 2013), Jessica Walter (2005) and Will Arnett (2006) were also nominated over the years. Walter, as you’ll recall, admitted to the New York Times that Tambor verbally harassed her on the set of Season 5, but that she’s trying to “let go of being angry at him.”

Here’s the complete list of all 12 “Arrested Development” acting submissions on the 2018 Emmy ballot:

PREDICTthe Emmy nominees and winners now; change them until July 12
MAKE YOUR PREDICTION: Who'll win Best Comedy Supporting Actor?
To save your prediction, you must log in to Gold Derby. Click here to sign in with existing account -- or create a new one.