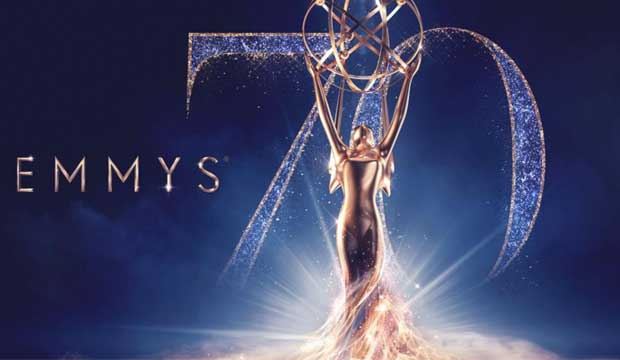 The 2018 Emmys, which air live nationwide on Monday, September 17 beginning at 5:00 p.m. PT/8:00 p.m. ET, will be available for cable TV subscribers to watch online at the NBC website. And in certain markets, the NBC live stream is available to users of DIRECTV Now, Hulu Live TV, Playstation Vue, and YouTube TV. All of these streaming services offer free trial periods.

The Emmy Awards red carpet show from outside the Microsoft Theater in downtown Los Angeles kicks off 30 minutes prior to the start of the ceremony. TV’s top honors welcomes first-time hosts and “Saturday Night Live” stars Michael Che and Colin Jost.

We are predicting the winners of all 26 races at the 70th Primetime Emmy Awards. “The Assassination of Gianni Versace” and “The Handmaid’s Tale” will take home four apiece, including program prizes. They’ll be followed by “Atlanta” with three victories, including Best Comedy Series, and then “The Americans,” “The Marvelous Mrs. Maisel” and “Saturday Night Live” with two each.

SEE 2018 Emmy nominations list: The contenders in all 26 categories handed out on September 17

Our forecast is based on a combination of five sets of predictions by: 27 Experts (journalists from outlets like Deadline, Variety and TV Guide who write about the Emmys); our 9 Editors; Top 24 Users (those two dozen folks who scored the best predicting last year’s winners); the All-Star Top 24 who got the best scores when you combine the last two years’ Emmy results; and thousands of reader just like you.

After reviewing our predictions, you can keep making or updating your own predictions right here as often as you like until right before Monday night’s show starts. And join in the fierce debate over the 2018 Emmys taking place right now with Hollywood insiders in our TV forums.