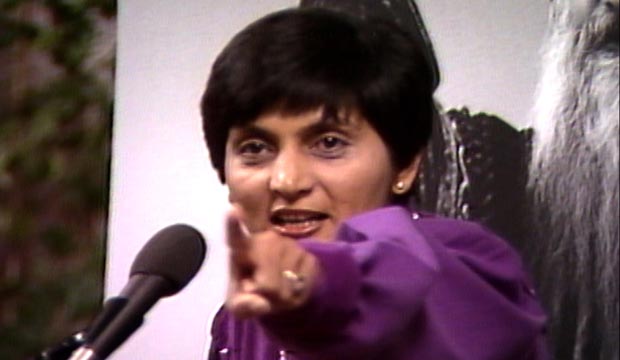 According to our racetrack odds, the Emmy front-runner for Best Documentary/Nonfiction Series is the nature program “Blue Planet II.” But are we underestimating Netflix‘s “Wild Wild Country”? The six-part series generated water-cooler discussion after it premiered in March and could appeal to the same voters who awarded this category to the true-crime docs “The Jinx” in 2015 and “Making a Murderer” in 2016.

Directed by Maclain Way and Chapman Way, “Wild Wild Country” recounts the story of Bhagwan Shree Rajneesh, his charismatic personal assistant Ma Anand Sheela, and the escalating conflict between his spiritual followers and the Oregon community that surrounded them. The series has five total nominations, also including bids for its directing, picture editing, sound editing, and sound mixing.

As of this writing “Blue Planet II” leads our predictions with 2/5 odds. It would be the third nature series to win this category in the last 10 years, following “Frozen Planet” (2012) and “Planet Earth II” (2017). But the original “Blue Planet” (2001) wasn’t even nominated in the top category, so nature series aren’t always reliable winners despite last year’s victory for the “Planet Earth” sequel last year.

A “Wild Wild” win for Best Documentary Series would go to a team of producers that includes filmmaking brothers Mark Duplass and Jay Duplass, who are known for their independent films including “Cyrus” and “Jeff Who Lives at Home,” and for their HBO series “Togetherness” and “Room 104.”