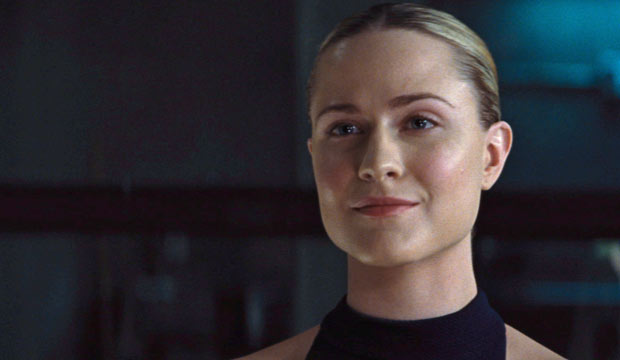 “Westworld” ended its mind-bending second season on Sunday night, June 24. Do you think star Evan Rachel Wood has what it takes to win the Emmy for Best Drama Actress after scoring a nomination last year? One of our Emmy Experts says yes.

Wood stars in HBO‘s sci-fi western as Dolores Abernathy, one of the artificially intelligent robots known as “hosts” who populate the title theme park. In season one Dolores started to achieve sentience. In season two she went on a rampage against her human overlords. Emmy voters often love characters in the Drama Actress race who demonstrate grit and defiance; consider Mariska Hargitay in “Law and Order: Special Victims Unit,” Claire Danes in “Homeland” and reigning champ Elisabeth Moss in “The Handmaid’s Tale.”

But we’ve polled 18 Expert journalists from top media outlets, and while 17 of them believe Wood will be nominated again, most think the race for the victory will come down to Moss and another of last year’s also-rans, Claire Foy (“The Crown”). Only one Expert, Lynette Rice (Entertainment Weekly) is currently betting on Wood to win. Could she be right?

Emmy voters clearly like Wood. Before her nomination last year for “Westworld” she picked up a bid in 2011 for her supporting role in the limited series “Mildred Pierce.” Like Claire Danes she got her start early, breaking out in the ABC family drama “Once and Again” when she was a young teenager, so she has spent years working with and impressing members of the TV industry. And we know the television academy’s actors branch is fond of “Westworld”: it received four acting noms last year, including a bid many of us we weren’t expecting: Anthony Hopkins for Best Drama Actor.

Do you agree with Lynette Rice that Wood will pull off an upset for Best Drama Actress?