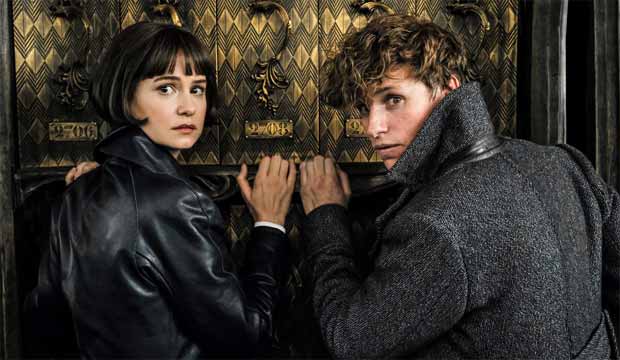 Will “Fantastic Beasts: The Crimes of Grindelwald” contend for Oscars? It’s the second film in a proposed five-film series, and the 10th film overall set in the wizarding world of “Harry Potter.” The first eight “Potter” films came away from the Academy Awards empty handed despite a total of 12 nominations in craft categories, but the first prequel, “Fantastic Beasts and Where to Find Them” (2016), unexpectedly struck gold.

“Fantastic Beasts” swooped in with a pair of Oscar nominations for Best Costume Design and Best Production Design, and though it was up against “La La Land” and period favorites “Florence Foster Jenkins” and “Jackie,” it managed to win the costumes race in an upset. Maybe we should have seen that coming, though, since its costumes were designed by Colleen Atwood, who had won three other times.

No “Harry Potter” film has yet been nominated in top fields like acting, writing, directing or Best Picture, and we might not see “Crimes of Grindelwald” make the cut in their either judging from its reviews, which are a step down from the original — 55 on MetaCritic and 46% fresh on Rotten Tomatoes, compared to 66 on MC and 74% on RT for its predecessor. But some critics are describing it as “an improvement in almost every way,” full of “vibrantly drawn characters.”

And while other critics feel let down by the “unwieldy plot” and the problematic casting of Johnny Depp as the title villain, the film’s visual style has been described as “ravishing” and full of “spectacular” images “when the special effects take off.” So while this probably won’t be in any conversations for Best Picture — Warner Bros. will have its hands full with “A Star is Born” anyway — it could be recognized in the same fields the previous Potterverse films have gotten in for, including visual effects, makeup, and cinematography in addition to the aforementioned costumes and production design.

Do you think “Fantastic Beasts” starring Eddie Redmayne will strike again at the Oscars, or will “Crimes” be punished? Check out some of the reviews below, and discuss this and more with your fellow movie fans in our forums.

SEEJOIN US: Special panel with cinematographers of ‘Black Panther,’ ‘Never Look Away,’ ‘A Private War,’ ‘A Quiet Place’

Kimberley Jones (Austin Chronicle): “One of the disappointments of 2016’s ‘Fantastic Beasts and Where to Find Them’ was that it poured so many resources into crafting those fantastic beasts, crafting a compelling story seemed like a task on the to-do list that never got crossed off. Sequel ‘The Crimes of Grindelwald’ … does an about-face, backgrounding the magical creatures and crosshatching a half-dozen (at least!) engrossing plots and character pairings. It’s an improvement in almost every way.”

Caryn James (Hollywood Reporter): “‘Fantastic Beasts: The Crimes of Grindelwald’ … displays enough of the author’s magical formula and Dickensian narrative power to make this sequel a huge step up from the middling ‘Fantastic Beasts and Where to Find Them’ (2016) … Best of all, its characters are more vibrantly drawn, and tangled in relationships that range from delightful to lethal … When the special effects take off, though, the images can be spectacular.”

Leah Greenblatt (Entertainment Weekly): “Nearly every moment is visually ravishing — from the weird, wondrous creatures and sumptuous costumes to the fog-banked spires and cobblestones of 1920s London and Paris, all strewn with the dazzling fairy dust of J.K. Rowling’s singular imagination. If only she could point her wand at a fantastic plot and where to find it.”

Kate Erbland (IndieWire): “‘The Crimes of Grindelwald’ is hampered by the unwieldy meshing together of disparate plots that could service their own films … At the center (when he’s not been shunted aside by all those competing narratives), there’s ostensible franchise star Eddie Redmayne as nervous magizoologist Newt Scamander. Newt’s ditzy charm grounded the first film; and when he’s allowed to lead this second story, it’s as whimsical and good-hearted as any in the franchise.”