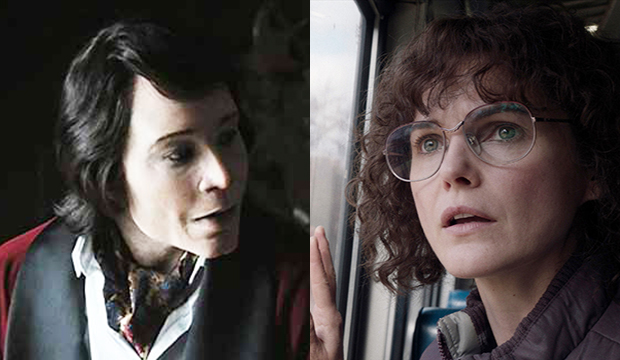 FX could soon be celebrating victories for both Best Comedy Series (“Atlanta”) and Best Drama Series (“The Americans”) at this year’s Emmy Awards ceremony. The cable network has won before for Best Limited Series (“Fargo,” 2014; “The People v. O.J. Simpson,” 2016) but has never prevailed before on either of the top two regular series categories.

Best Comedy Series nominee “Atlanta” is in especially strong shape, currently sporting 3/2 combined odds among Gold Derby’s Experts, Editors and Users. Experts concur with those 3/2 odds, while Gold Derby’s Editors have it with even better 1/1 odds. The Donald Glover series, which this year doubled to 12 Emmy nominations from its previous season, is undoubtedly helped by the absence of three-time champ “Veep.” The show with the best chance to take down “Atlanta” is Amazon’s “The Marvelous Mrs. Maisel.”

In a less commanding position, yet hardly to be counted out, is Best Drama Series nominee “The Americans,” which currently has 9/1 combined odds. There is a stark difference with Experts giving the series 13/2 odds and Gold Derby Editors offering it as a 66/1 long-shot. In the first two slots ahead of that spy thriller are “Game of Thrones” and “The Handmaid’s Tale.”

SEEWill ‘The Americans’ follow its TCA Awards sweep with an Emmy upset like ‘The Handmaid’s Tale’ did last year?

Helping the cause for “The Americans” is that it’s the last chance for voters to honor the program. It just swept the recent Television Critics Association Awards, taking home Outstanding Achievement in Drama, Individual Achievement in Award (for Keri Russell) and Program of the Year, suggesting industry interest in the show remains quite high.

If “Atlanta” and “The Americans” prevail, odds are strong FX will make even more history by also triumphing in Best Limited Series with “The Assassination of Gianni Versace,” seemingly seen as a shoo-in with 2/11 odds on Gold Derby’s combined odds. HBO accomplished this trio of wins in 2015 with “Veep,” “Game of Thrones” and the limited series “Olive Kitteridge.”