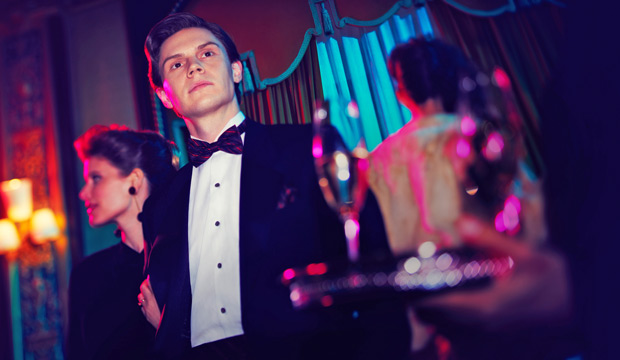 The category is … Best Drama Series? FX drama “Pose” is one of many new shows looking to hit the ground running at the Golden Globes in a few months, and is already a favorite to earn nominations. Recognition for “Pose” at the Globes would further shine a spotlight on a subculture not often seen in mainstream media, on top of rewarding one of the best shows of the year.

The Ryan Murphy-produced series includes the largest transgender cast in TV history and centers on multiple trans and cisgender characters participating in ball culture in the late 1980s. This culture is juxtaposed with the conservative Reagan era in which they are living, as represented by Murphy mainstay Evan Peters, whose character just so happens to work at Trump Tower. Despite its ’80s setting, “Pose” tackles themes that remain relevant even today, by showcasing the deep prejudice the LGBTQ community faces from the mainstream, transphobia in the gay community itself, the struggle to live your truest self, and the importance of finding your chosen family. It also doesn’t do what many shows and films about transgender people have in the past, which is present their story as tragic. There is joy to be had in surrounding yourself with people just like you, and while “Pose” does present harsh realities like the AIDS crisis, it balances those realities with the dream of being around people who truly love you for who you are.

The refreshing uniqueness of “Pose” should make it a major contender at the Golden Globes and awards to come. To start, the Globes have a fondness for Murphy productions, including past winners like “Nip/Tuck,” “Glee,” “American Horror Story” and “The People v. O.J. Simpson.” “Pose” also checks another major box for the organization in that it primarily stars previously unknown actors, like Mj Rodriguez as the luminous Blanca, Dominque Jackson as Elektra Abundance, a true diva, and Indya Moore, a revelation as sex worker Angel, plus Tony winner Billy Porter, who makes a big impression as emcee Pray Tell. All could grab their first-ever Golden Globe nominations in the catch-all supporting categories.

A Golden Globe nomination for Best Drama Series would likely be the biggest hurdle for “Pose,” as there are so many new shows in contention, from “Homecoming” to “Killing Eve.” Gold Derby users are currently predicting “Pose” will be nominated for Best Drama Series, joining those Amazon and BBC America series plus “The Americans” and “The Handmaid’s Tale.” Should “Pose” snatch a Globe nom, there will be a strong narrative for it to take home the trophy, for a number of reasons. We know the Golden Globes love to be the first to reward a new show, especially one that pushes the boundaries of what we expect from television. “Pose” having such a diverse cast of younger talent, all telling a story of transgender women and queer men we haven’t seen much before on a mainstream level, and at such a high quality in terms of production and storytelling, could make it irresistible to voters.

“Pose” could even show up at the Screen Actors Guild Awards in Best Drama Ensemble, a category practically made for the show. All of this attention will be needed when the Emmys finally come around next summer, assuming Season 2 isn’t around to remind voters of the show’s existence. Awards attention will also inevitably lead to more interest in “Pose,” which will only help the series find a new audience of viewers grateful to finally see a show that reflects their own beautiful, complex experience.