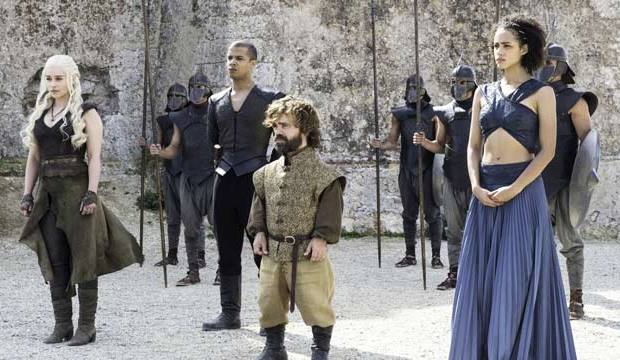 Macall B. Polay/courtesy of HBO

It may seem ridiculous to consider “Game of Thrones'” victory at the Emmys as Best Drama Series an upset, but it was, according to the 22 of the 27 Experts polled by Gold Derby. Only five of them foresaw the HBO cult hit reclaiming the crown it last seized two and three years ago before taking a year off from Hollywood award wars.

In its absence last year, “The Handmaid’s Tale” reigned as champ, making history when a streaming service (Hulu) won Best Drama Series for the first time ever. It was such a popular victory that 17 Experts believed “Handmaid’s” would prevail again. Five pundits (including me) bet on “The Americans.”

Pundits made the mistake of dismissing “Game of Thrones” in the current derby because its episodes aired so long ago – last summer. Often it’s true: out of sight, out of mind in cruel Hollywood. By comparison, episodes of “Handmaid’s” rolled out just months ago and could be seen as urgent elements of today’s zeitgeist. Most dramatic: that row of gloomy handmaids we saw standing ominously outside the U.S. Senate hearings on the Supreme Court appointment of Brett Kavanaugh.

We should’ve paid more attention to the warning sound of “Thrones'” advancing armies last weekend at the Creative Arts Emmys where it conquered seven categories. “Handmaid’s” only won three. “Handmaid’s” was not nominated in some categories claimed by “Thrones,” but where they did square off, each show traded off victories. Neither show soundly crushed the other.

On the main Emmy night, both rivals appeared to be weak during rollout of the early awards that resulted in upset victories by “The Crown,” “Westworld” and “The Americans.” Just prior to the winner of Best Drama Series being announced, “Handmaid’s Tale” had gotten completely skunked and “Thrones” had claimed only one category (Best Supporting Actor for Peter Dinklage). At that point, it suddenly seemed like “The Americans,” “The Crown” or even “Westworld” could prevail.

But “Game of Thrones” pulled off a truly dramatic Emmy coup and reigned supreme, a worthy win for sure. Next year, when it competes for its final season, we pundits will not make the mistake of under-estimating it again.