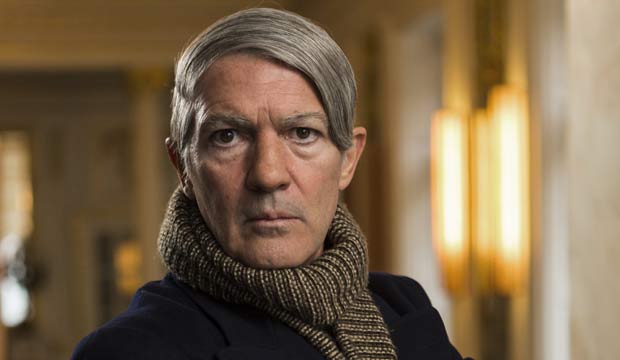 NatGeo entered the Emmy race in a big way last year with its new anthology series “Genius.” The first season focused on the life of scientist Albert Einstein (Geoffrey Rush) and earned 10 nominations, including Best Limited Series, Best Movie/Mini Actor for Rush and Best Movie/Mini Directing for Ron Howard. The network hopes to repeat that success with the second season, which recounts the story of abstract painter Pablo Picasso. Gold Derby recently spoke with stars Antonio Banderas, Alex Rich and T.R. Knight. We also spoke with costume designer Sonu Mishra and makeup artist/hairstylist Davina Lamont, both of whom earned Emmy nominations for the show’s first season, and cinematographer Ryan Purcell. Scroll down and click on each name below to be taken to their full interview.

“I try to always not establish a morality or judgement over them and try to play them as human beings,” reveals Banderas. “We all are human beings who travel through life with a backpack filled with greatness and miseries. Picasso was no different even with this genius side of his persona.” Banderas now contends for Best Movie/Mini Actor on the 2018 Emmy Awards ballot. He previously competed in that same category in 2004 for “And Starring Pancho Villa as Himself.”

Rich portrays the famous painter as a younger man, and he compared notes and plans with Banderas as they prepared to share the role. “We were able to spend a lot of time talking and discussing and crafting the character,” he explains. “And if he was shooting, usually so was I, but if I ever had a day off we could see how we were portraying Picasso as each other.” Not only did he learn about playing Picasso from Banderas, but also about acting and life in general. “It was so nice to see such an established actor be so open and generous and kind..”

Knight portrayed FBI director J. Edgar Hoover in the Einstein season of “Genius,” and this time he plays Max Jacob, a multi-talented French artist and friend of Picasso. “He was in love with Picasso and was tortured by his sexuality,” Knight reveals. “Max was one of the first friends Pablo had when he moved to Paris. He was a poet, writer, painter, art critic.” Knight is a past Emmy nominee: Best Drama Supporting Actor in 2007 for playing fan favorite George O’Malley on “Grey’s Anatomy.” He won a SAG Award with the ensemble cast that same year.