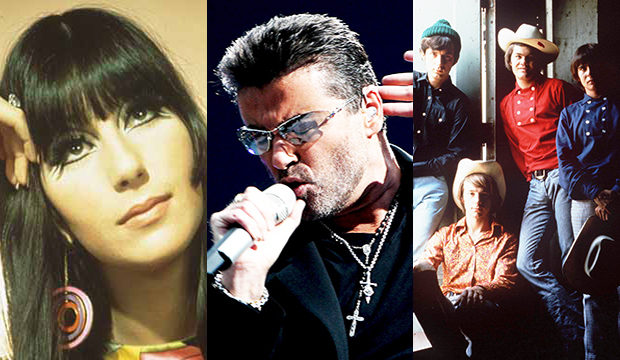 The late George Michael is your top choice for induction into the Rock and Roll Hall of Fame. The former Wham! star and solo singer received 48% in our recent poll about which snubbed artist deserves to be inducted for 2019. He clobbered The Monkees with 30% and Cher with 22% in our final poll results of this year. The poll had a whopping 3,000 people voting over the past week.

To determine these three finalists, Gold Derby offered you three polls in the weeks before about overlooked bands, female artists and male artists. For our female artist poll results, Cher was the top choice with 50%. On the male artist poll, Michael was best with 24%. And on the rock group poll, The Monkees were the favorites with 46%. We then brought these three legends together on the most recent poll.

Hall of Fame committee members will be voting soon. They will offer a short list of around 20 artists which will then be whittled down to an official induction group in early December.

Cher has been eligible since 1990. Top songs include “Bang Bang,” “Believe,” “Gypsys, Tramps and Thieves,” “Half-Breed.” Nominated for six solo Grammy Awards with one win. In her poll results, she defeated Cyndi Lauper, Whitney Houston, Pat Benatar, Tina Turner and Carole King, among others (Turner and King are past inductees but not as solo artists).

George Michael has been eligible since 2012. Top songs include “Careless Whisper,” “Faith,” “Father Figure,” “Freedom.” Nominated for eight Grammy Awards with two wins. For his poll, he defeated Phil Collins, Sting, Warren Zevon and Jimmy Buffett (Collins and Sting are past inductees but not as solo artists).

The Monkees have been eligible since 1991. Top songs include “Daydream Believer,” “I’m a Believer,” “Last Train to Clarksville,” “Pleasant Valley Sunday.” Nominated for four Grammy Awards with no wins. In their poll results, the band defeated Three Dog Night, Foreigner, Soundgarden and The Doobie Brothers, among others.