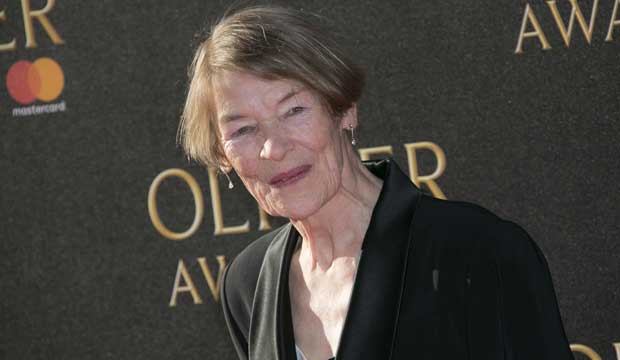 Glenda Jackson is almost certain to win her first Tony Award on Sunday for her acclaimed performance in the first Broadway production of Edward Albee’s 1991 Pulitzer Prize-winning play “Three Tall Women.” She will become the 24th performer to win the Triple Crown of show business awards and cap off a comeback after an absence of almost a quarter of a century.

Jackson walked away from acting in 1992 to began a second career in politics, winning election to the British parliament. Yes, Ronald Reagan did the same thing but he had never reached the level of acclaim and success that Jackson had in Hollywood.

She is one of only 14 two-time Best Actress Oscar winners and she pulled off this double act in just four years. What makes that even more surprising is that she expressed a certain disdain for awards and didn’t attend any of the four Academy Awards ceremonies at which she contended (prompting another Oscar winner Maggie Smith via writer Neil Simon in “California Suite” to quip ‘Glenda Jackson never comes and she’s nominated every goddamn year.’)

Jackson’s first Oscar came in 1970 for “Women in Love” a controversial Ken Russell adaptation of a D.H. Lawrence novel which is best remembered for her costars Oliver Reed and Alan Bates’ somewhat shocking for its time nude wrestling scene than it is for her work. She contended again the following year for “Sunday Bloody Sunday” but lost to Jane Fonda (“Klute”).

Her second win was a stunner. She was nominated in 1973 for the frothy romantic comedy “A Touch of Class.” While the film was also a Best Picture contender, Jackson was considered the least likely of the four nominees to win the award. Ellen Burstyn (“The Exorcist”) and Barbra Streisand (“The Way We Were”) were riding the wave of huge box office hits and highly popular films while Marsha Mason (“Cinderella Liberty”) and Joanne Woodward (“Summer Wishes, Winter Dreams”) were critical favorites and had won their share of precursor awards.

Jackson was nominated again in 1975 for “Hedda” (Louise Fletcher won for “One Flew Over the Cuckoo’s Nest”) but her film career slowed down perhaps leading to her lose of interest in acting and turn towards politics. (An earlier version of this post erroneously named Faye Dunaway as the winner that year.)

Due to a now-defunct rule, Jackson won two Emmys for her work in the title role of “Elizabeth R.” She won for an individual episode of the series and then again for the series as a whole.

Jackson has reaped a Tony bid for each of her four previous appearances on Broadway but never won. Her first nomination came as Best Featured Actress in a Play in 1966 for her role in the incredibly long titled “The Persecution and Assassination of Marat as Performed by the Inmates of the Asylum of Charenton Under the Direction of the Marquis de Sade.” She lost that race to Zoe Caldwell for “Slapstick Tragedy.”

She was nominated for Best Actress in a Play for  both “Rose” in 1981 and in 1985 for a revival of “Strange Interlude.” She lost each of those races to an actress who was headling an acclaimed production: Jane Lapotaire for “Piaf” and Stockard Channing for “Joe Egg.” Her most recent Tony nomination came for her take on Lady Macbeth opposite Christopher Plummer’s “MacBeth” in 1988. That production was not particularly well received but there were very few productions with lead female roles in a play on Broadway that year.

Joan Allen won the Best Actress in a Play Tony for Lanford Wilson’s “Burn This” and the other two nominees in addition to Jackson were Blythe Danner and Frances McDormand for a production of “A Streetcar Named Desire” at Circle in the Square. It is an interesting awards footnote that McDormand was nominated as lead for her role as Stella, the wife of Stanley Kowalski which is usually considered a supporting role (Kim Hunter won the Oscar for Supporting Actress and other women have been nominated for Emmys and Tonys in the lower category for various productions.)

The thinking is that McDormand was put into lead since she was billed above the title (a Tony rule which often determines category placement) plus there was only one other actress eligible for the fourth slot that year. That actress was Madonna who had made a much-maligned Broadway debut in David Mamet’s “Speed-the-Plow.” By putting McDormand in lead the nominating committee got to keep out a performance by the pop star which many had thought was not up to Broadway standards but a lack of other actresses to fill out the category could have forced her inclusion.