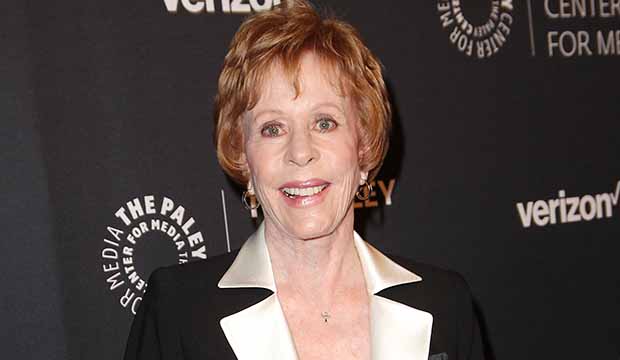 Carol Burnett is the most decorated artist among the television categories at the Golden Globes. And now she is adding another trophy: the Carol Burnett Award for lifetime achievement in TV. The Hollywood Foreign Press Association announced the news on Tuesday.

The first ever award will be given to Burnett at the 76th annual ceremony January 6 on NBC. It will then be an annual tribute segment named after her to other legendary TV stars. The HFPA will also continue to present the Cecil B. Demille Award each year to a film legend, but this year’s choice has not yet been announced.

During her career, Burnett has received the Kennedy Center Honors, Mark Twain Prize for American Humor and was inducted into the Television Academy Hall of Fame. Three of Burnett’s six career Emmy wins were for “The Carol Burnett Show” as Best Variety Series (1972, 1974, 1975). In our chat above, we discuss those victories as well as her first for Best Variety Performance on “The Garry Moore Show” (1962). The other two trophies were for “Julie and Carol at Carnegie Hall” (1963) and “Mad About You” (1997).