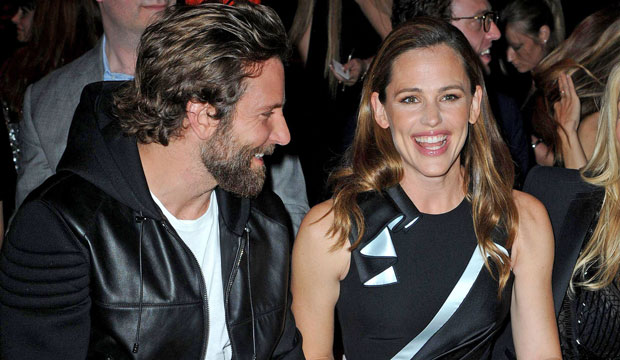 On ABC’s spy thriller “Alias” (2001-06), Bradley Cooper and Jennifer Garner played best friends/sometimes lovers Will Tippin and Sydney Bristow. In the 12 years since the show went off the air Cooper and Garner have skyrocketed in their careers, and now there’s the potential for the Golden Globes to stage a mini-“Alias” reunion by nominating them both for their current projects. Cooper is the star, director, writer and producer of the blockbuster film “A Star Is Born” while Garner is the lead in HBO’s comedy series “Camping.”

According to Gold Derby’s predictions, Cooper is looking safe to score multiple Golden Globe bids for “A Star Is Born” including Best Film Drama, Best Film Drama Actor and Best Film Director. Despite a successful post-“Alias” career that includes films like “Silver Linings Playbook” (2012), “American Hustle” (2013) and “American Sniper” (2014) — for which he earned consecutive Oscar nominations — Cooper has yet to win a Golden Globe. Might that all change this year?

In “A Star Is Born” Cooper takes on the role of alcoholic country singer Jackson Maine who falls head over heels for aspiring singer-songwriter Ally (Lady Gaga). The on-screen chemistry between Cooper and Gaga has helped make the musical a hit at the box office, raking in $180 million domestically. As our writer Kevin Jacobsen reminds us, Cooper and Gaga could be the third “A Star Is Born” couple to score matching Golden Globes following Judy Garland & James Mason (1954) and Barbra Streisand & Kris Kristofferson (1976).

SEE If Lady Gaga (‘A Star Is Born’) can’t save the Oscars, no one can

Garner will also receive a Golden Globe nomination, according to our Best TV Comedy Actress predictions. But this isn’t new territory for Garner, as she previously won a Golden Globe for “Alias” (2002) as Best TV Drama Actress. “I’m really glad I had the first glass of wine. I’m kind of regretting the second,” Garner infamously joked during her Golden Globes speech. She also received four Emmy nominations (2002-05) for playing Sydney Bristow, but never claimed glory with the TV academy.