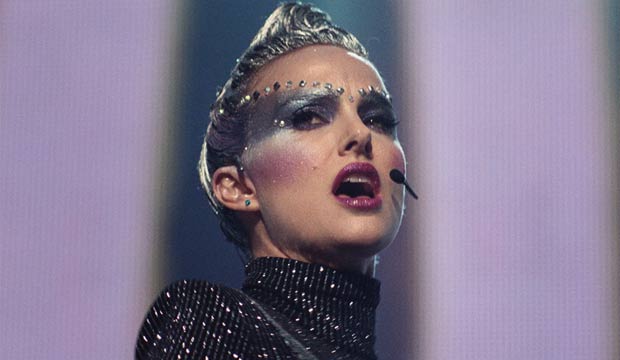 The Golden Globes are switching Natalie Portman (“Vox Lux”) over to the lead actress category instead of her requested category of Best Supporting Actress. Members of the Hollywood Foreign Press Association almost always stay true to what the studios request, but sometimes they make their own category placements. We’ve been hearing raves about Portman’s performance over the past two weeks from HFPA members and other industry people at various parties and receptions, so it’s no real shocker they would want her represented in the more prestigious category of Best Film Drama Actress.

While Portman will be eligible as a lead, this announcement does not imply that the HFPA voters will actually nominate her on December 6. It simply means that is where they will consider her, instead of in the supporting category Neon requested. Portman will be eligible as a supporting actress at the upcoming Screen Actors Guild Awards (which has a submitted ballot) and most likely with the Critics’ Choice Awards. Academy Awards voters can place her wherever they choose.

SEENatalie Portman (‘Vox Lux’) on her new role: ‘This innocent child grows up into this monster’ [EXCLUSIVE VIDEO INTERVIEW]

For the new film, Portman only appears in the second half of the film. The plot begins with a bang and yet something quite familiar in modern day America: a school shooting. The manner in which the opening segment of the film unfolds is still very startling and sets everything in motion for the main character of Celeste. She is a teenager (played by Raffey Cassidy) who survives the classroom murders, writes and performs a song about it for the memorial and becomes a worldwide pop star over the first hour of the movie. It then jumps forward many years to reveal a far more jaded, world-weary, belligerent version of Celeste (now played by Portman).

She has already won at the Oscars once as Best Actress for “Black Swan” (2010). Her other two nominations were for supporting (“Closer,” 2004) and lead (“Jackie,” 2016). She also prevailed for “Black Swan” at BAFTA, SAG Awards and Golden Globes. Her first Globe victory was for “Closer.”

As best we can determine, every other borderline request made by the studios has been approved by the HFPA members. There is no official announcement or list, but we have been in touch with key campaigners and executives. Here is our own list of the harder-to-place dramas and comedies, leads and supportings that were determined for Globe categories:

DRAMA FILM: “BlacKkKlansman,” “Bohemian Rhapsody,” “Can You Ever Forgive Me,” “A Star Is Born”