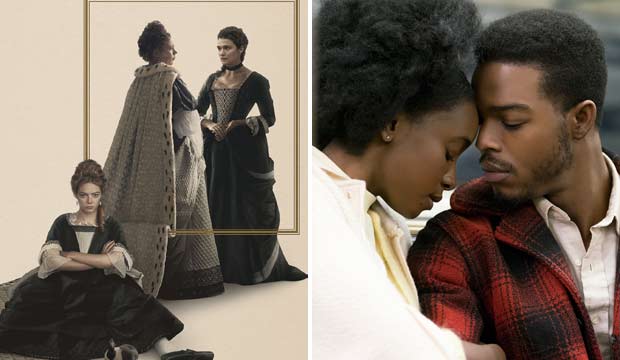 The Gotham Awards for independent film aren’t traditionally known as a strong Oscar bellwether, but that has changed somewhat in recent years. In the last four years all of their winners for Best Feature have been nominated for Best Picture at the Oscars, and three of them won. Will this be the fourth time in five years that the awards line up?

These prizes are presented by the Independent Film Project, and winners are decided by juries of writers, directors, actors, producers, editors and others directly involved in making films. From 2014-2016 they anticipated three straight Oscar champs: “Birdman” (2014), “Spotlight” (2015) and “Moonlight” (2016). In 2017 the top Gotham Award went to “Call Me by Your Name,” which subsequently earned a Best Picture nomination at the Oscars and won Best Adapted Screenplay.

Of the five nominees for Best Feature at this year’s Gotham Awards, only two of them rank among likely Best Picture contenders based on our Oscar odds: “The Favourite” and “If Beale Street Could Talk.” Rounding out the category are “First Reformed,” “Madeline’s Madeline” and “The Rider,” but the hundreds of Gold Derby users currently predicting the Gothams think this race will indeed come down to “Favourite” and “Beale Street.”

“The Favourite” is already a guaranteed Gotham winner: it will receive a Special Jury Award for Olivia Colman, Emma Stone and Rachel Weisz‘s ensemble performance. But we also give it leading odds of 11/2 to win Best Feature; that includes support from all of Gold Derby’s Editors who cover awards year-round. It’s also the front-runner to win Best Screenplay, which would be a clean sweep for the offbeat period film.

But “Beale Street” is close behind with 13/2 odds. Could we be underestimating it, though? Director Barry Jenkins has a stronger Gotham track record than “The Favourite” mastermind Yorgos Lanthimos. He won Best Feature, Best Screenplay and the Audience Award for the aforementioned “Moonlight,” and before that he contended for Best Breakthrough Director for his debut film “Medicine for Melancholy” (2008). Then there’s the fact that “Beale Street” is actually set in New York City, the town that gives the Gothams their name.

Who do you think will win? The prizes will be handed out on November 26.

Be sure to make your Gotham predictions so that Hollywood insiders can see this year’s contenders are faring in our Gotham odds. You can keep changing your predictions until just before winners are announced on November 26. And join the discussion on this and more taking place right now with Hollywood insiders in our movies forums. Read more Gold Derby entertainment news.