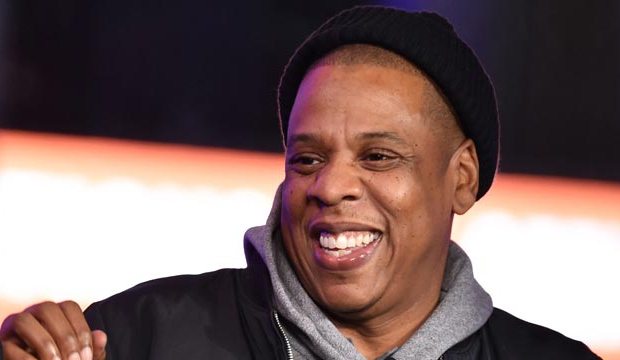 With eight nominations, Jay-Z was the most recognized artist at the 2018 Grammys, but he lost every single one of those nominations, which makes it one of the worst shutouts in the history of the awards. Check out the complete list of winners here.

But Jay-Z is in good company. Two other artists went zero-for-eight just last year. Kanye West and Rihanna each had that many nominations at the 2017 awards but left empty-handed. That tied them as the second worst shut-out in history, right behind Paul McCartney, who lost all nine of his nominations back in 1966. Don’t cry for him, though — McCartney has gone on to accumulate 18 trophies from the recording academy.

Jay-Z’s circumstances were similar to Indie.Arie‘s in 2002. Going into that year’s awards Alicia Keys was the biggest breakout star, so it was surprising when Arie picked up more nominations. Arie had seven bids to Keys’s six, but since they both happened to be solo female R&B artists, they ended up nominated in all of the same races: Record of the Year, Song of the Year, Best New Artist, Best Female R&B Vocal, Best R&B Song, and Best R&B Album. There was one exception: Arie was up for Album of the Year for “Acoustic Soul,” but Keys was left out for her breakthrough album “Songs in A Minor.”

Keys swept almost all of her categories, losing only Record of the Year. That award went to U2 for “Walk On,” while Album of the Year was awarded to the “O Brother, Where Art Thou?” soundtrack, leaving Arie with no awards. Arie has since gone on to receive four Grammys, but those initial losses must have stung.

Jay-Z’s Alicia Keys this year was Kendrick Lamar, who was nominated for seven awards: Record of the Year, Album of the Year, Rap/Sung Performance, Rap Performance, Rap Song, Rap Album, and Music Video. Jay-Z was nominated in the exact same categories, except just like India-Arie he had one extra: Song of the Year for “4:44.” But Lamar’s “Damn” largely defined the year in music. It was the highest-rated album of the year on MetaCritic, and it was Billboard’s number-one album of the year based on its album sales, individual track sales, and streaming performance throughout the year.

So Lamar ended up dominating his genre categories. He achieved a clean sweep of the rap field: Performance (“Humble”), Song (“Humble”), Album (“Damn”) and Rap/Sung Performance (“Loyalty” with Rihanna). In addition he claimed Best Music Video for “Humble.” Coincidentally those are the exact same five categories Lamar won in 2016 when he was up for “To Pimp a Butterfly.”

Since rappers always face an uphill climb in the general field, Jay-Z and Lamar were shut out there while Bruno Mars dominated with victories for Record (“24K Magic”), Album (“24K Magic”), and Song of the Year (“That’s What I Like”). Nevertheless Jay-Z remains one of the most awarded artists in Grammy history with 21 victories. He’s tied with West as the most awarded rap artist of all time. But some years you’re just dealt a bad hand.