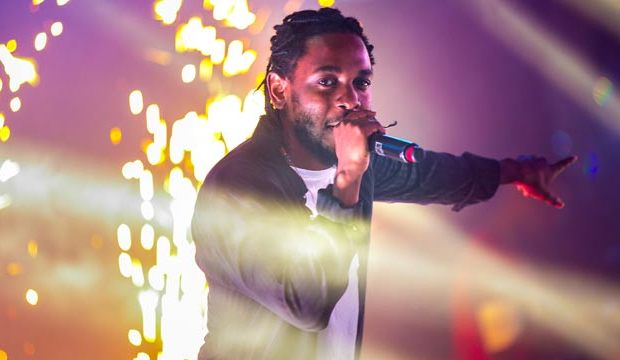 Since the 2018 Grammy nominations were announced last November we’ve had more than 1,900 users make their predictions in 32 categories here at Gold Derby, and according to our collective forecasts it’s going to be a big night for Kendrick Lamar when trophies are handed out on Sunday, January 28. Not just big — historic.

Lamar is the second most nominated artist of the year with seven, and he’s projected to win six of those. That would not only be the most awards won by a single artist this year, it would be one of the biggest hauls for any artist in a single year. He would tie for third place on the list of the most awarded artists in a single evening. Also with six trophies were Roger Miller (1966), Toto (1983), Quincy Jones (1991), Eric Clapton (1993), Beyonce (2010), and Adele (2012). That would put Lamar just two wins behind the all-time record-holders, Michael Jackson (1984) and Santana (2000), who won eight in one night.

As you can probably see from that list there are no rap artists currently on that list so Lamar would set a new record for the most awards won by a rap artist in a single night. When added to the 7 trophies Lamar has previously won it would bring his all-time total to 13 — and he’s only 30-years-old.

But despite the near-sweep we’re forecasting, he’s not the only multiple-winner we’re expecting at these awards. We’re also projecting three wins for Oscar winning composer Justin Hurwitz, who is out front for Best Visual Media Compilation, Best Visual Media Score, and Best Visual Media Song (“City of Stars”), all for his work on the romantic musical “La La Land.” He could even win a fourth as he’s also nominated for Best Arrangement for the “La La Land” song “Another Day of Sun”; that category isn’t in our predictions center.

Also predicted to win three is Bruno Mars, who has six nominations and is out front in R&B categories: Best R&B Performance and Best R&B Song (“That’s What I Like”), as well as Best R&B Album (“24K Magic”). Not bad for an artist who has actually never competed in the R&B field before. He has typically been considered in pop categories, but it sounds like his R&B throwback album is about to pay off.

But perhaps surprisingly, the artist with the most nominations this year is nowhere to be found on our list of predicted winners. Jay-Z has a leading eight noms, but our users are expecting his rap rival Lamar to steamroll over him in all of their categories. If we’re right and Jay-Z leaves empty handed it will tie him with Rihanna and Kanye West (2017) as the second worst shut-out in Grammy history. The only person who ever lost more was Paul McCartney, who went zero-fornine in 1966.

SEE2018 Grammy performers announced: Chris Stapleton, Sting, Jon Batiste added to the list of artists who will take the stage

Below, see who else we’re predicting for awards on Sunday night. There’s still time to make or update your own predictions right here before this weekend’s festivities.

MICHAEL BUBLE
Best Traditional Pop Album — “Nobody But Me”