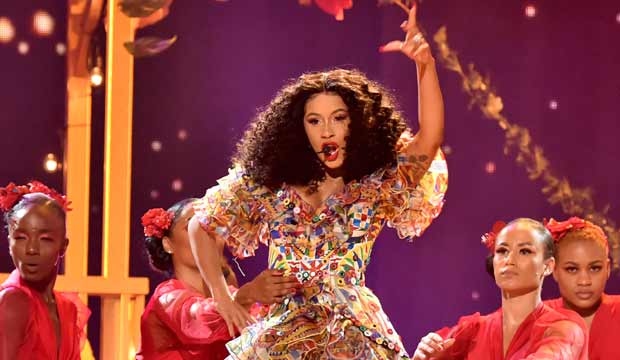 To date, Lauryn Hill is the only woman ever to win the Grammy for Best Rap Album (with The Fugees for “The Score” in 1997), and no woman has ever done it solo. That could change this year thanks to Cardi B. The breakthrough hip-hop star may be the best chance yet to shatter the recording academy’s stubborn glass ceiling.

Cardi B is nominated for her debut, “Invasion of Privacy,” which was released this past spring to critical acclaim and chart-topping record sales. And it has already helped her make history for female rappers. Her singles “Bodak Yellow” (which was nominated for Grammys last year) and “I Like It” (which is nominated this year) both hit number-one on the Billboard Hot 100 singles chart, which made her, perhaps surprisingly, the first female rapper ever to top the chart more than once in her entire career. Then she picked up a third number-one as a featured artist on Maroon 5‘s “Girls Like You,” for which she is also nominated for a Grammy.

As luck would have it, the recording academy might have cleared the way for a Cardi B win this year because Drake (“Scorpion”) was eligible for Best Rap Album but wasn’t nominated, even though he’s nominated alongside Cardi B for Album of the Year. Does that make Cardi B a lock for the genre award, or will she be upset like drake was two years ago? She’s up against another critically acclaimed chart-topper: “Astroworld” by Travis Scott. Then there’s another critical darling, “DAYTONA” by Pusha T, and a posthumous nomination for “Swimming” by Mac Miller. Can Cardi B hold them off?