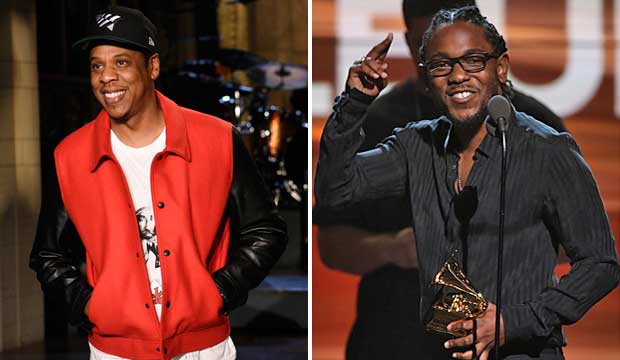 After the 2018 Grammys on January 28 Kendrick Lamar has now won 12 times in his career, of which 10 were in rap categories and 2 were for music videos — none in the general field despite consistently topping the charts and earning raves from critics. Well, our readers say it’s time for hip-hop artists like Lamar to snub the Grammys after years of being snubbed by them. Scroll down for our complete poll results at the bottom of this post.

After Lamar and Jay-Z lost all of the top categories to Bruno Mars and after years of other controversial wins (Beck over Beyonce in 2015, Taylor Swift over Lamar in 2016, Adele over Beyonce in 2017) almost two-thirds of the readers we polled (64%) said it’s time for hip-hop to boycott the awards. And some already have. Frank Ocean won a couple of Grammys in 2013 for his debut album, “Channel Orange,” but when he followed that up with “Blonde” in 2016 he decided not to submit it for awards consideration at all. And Drake followed suit at this year’s awards after he complained that the Grammys mis-categorized his winning song “Hotline Bling.” Even Adele protested while accepting Album of the Year last year that it should have gone to Beyonce.

Do you agree with our readers? 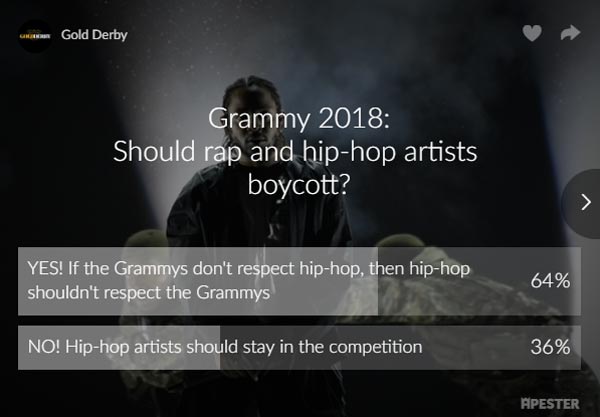