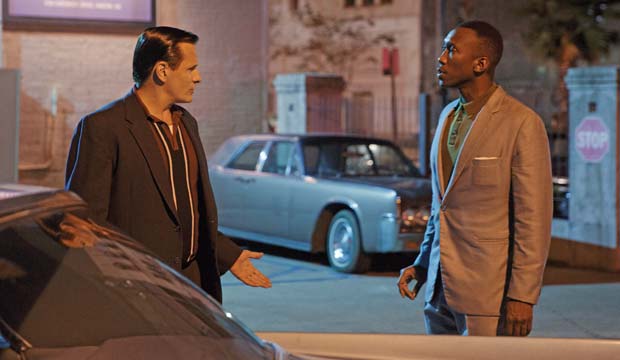 All the film festival buzz  about “Green Book” – especially after Peter Farrelly’s fact-based, racially-charged road trip through the ‘60s-era Deep South  won the coveted People’s Choice Award in Toronto this year – apparently hasn’t reached the masses just yet.  Universal, which took over the title from its indie division, Focus Features, after Steven Spielberg  got a gander and declared “Green Book” to be the best buddy picture since “Butch Cassidy and the Sundance Kid,” took a chance by opening it in 25 theaters in 17 markets this past weekend before adding 1,000-plus more theaters this Wednesday.

The result? A somewhat underwhelming  $313,00 gross with a per screen average of $12,520, while four theaters  in New York and Los Angeles will averaged a somewhat better $25,000. The best news from this limited opening is that the movie earned an A+ Cinemascore from those in attendance – the Oscar-bestowed likes of “Titanic,” “The King’s Speech,” “The Blind Side” and “The Help” also got that ranking.

The thing is, Farrelly and one of his stars, Viggo Mortensen, told me during an interview following two packed showings at The Middleburg Film Festival in Virginia (an hour or so drive from Washington, D.C.) that they knew that it would take some time for word to percolate and reach the paying public. Farrelly explained how his 1998 raunchy comedy hit, “There’s Something About Mary,” coasted along after opening in mid-summer before it finally became No. 1 in its eighth week.

Mortensen added, “I am hoping that happens for us. I know the business if different now. But I think our movie will be a word of mouth movie. I think it is a story, whether you live in Texas or Alabama or wherever, you are going to hear about a film that is very entertaining and is a great buddy story.”

This week, what with the Thanksgiving tradition of families deflating from their feasts at a local theater, ticket sales might put the pedal to the medal. Or “Green Book’s” road to Oscar glory could simply hit the brakes. The movie’s Rotten Tomatoes is at 81% — just 2 points under Farrelly’s “Mary.” So we shall see. Some reviewers have protested how a white man’s gaze (namely, Mortensen’s chauffeur and body guard) is used to make us understand the situation of a Jamaican-American musician (“Moonlight’s”  Mahershala Ali) coping with prejudice in a segregated Dixie as the pair embark on a concert tour.

In a move that might have been done to mitigate such criticism, I thought it was interesting  (and smart) to recruit Octavia Spencer, the highly respected Oscar-winning supporting actress from “The Help” and nominee for “Hidden Figures” and “The Shape of Water,” as a consulting producer on “Green Book.”  It reminded me of how Lionsgate invited both Oprah Winfrey and Tyler Perry to be producers on 2009’s “Precious” and, in essence, give their stamp of approval to a rather graphic story about a horribly abused teen girl struggling to break free from her harrowing situation.

Spencer recently told the Los Angeles Times, “Sadly, some of the scenes that were represented in the ’60s are very much a part of what we’re living today. I wanted to be a part of this movie for the social implications. Because if you have these two men from disparate backgrounds who are forced in a situation, one as an employee and one as an employer, to be with each other for an inordinate amount of time, they have to find a way to work with each other. They have to find a way to see each other as human beings, and that’s what happens.”

She also addressed the criticism that “Green Book” is a so-called “white savior movie”:  “I heard somewhere, “Is it another white savior movie?” And I had to laugh at that because there’s nothing white savior about it. It’s about two men saving each other. … And at the end of it, they grow.”

There is some potentially strong newcomer competition in the form of two sequels also landing on Wednesday: the “Rocky”–related  “Creed II” (which has a 74% RT score) and Disney’s animated “Ralph Breaks the Internet” (92% RT).  We will see soon see whether “Green Book” has enough high-octane box-office gas to hold up through awards season.