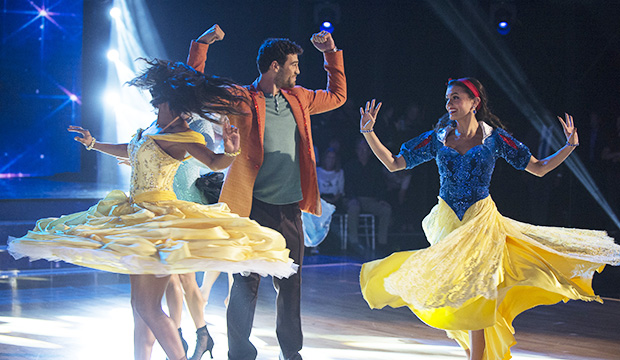 Joe “Grocery Store Joe” Amabile put in one of his “better” performances on Monday’s “Dancing with the Stars,” but his “Ralph Breaks the Internet” jive still only scored a 17. The “Bachelorette” alum has yet to break the 20-point threshold, and at the rate he’s improving (read: not at all) and the power of Bachelor Nation, we may be in uncharted territory soon. How far will Joe go without hitting 2-0? Will he ever hit 20?

Steve-O was eliminated in Week 6, so if Amabile doesn’t hit 20 next week and survives, it’ll be the deepest anyone has gone in the competition without breaking 20 points. It’s still unknown if next week will be a double elimination, but if it is, there’s a chance Amabile could be second from the bottom and finally be put out of his misery. Everyone else is pulling away from him in points, so it will be tougher for him to close the gap with votes going forward. The closest to him score-wise is Bobby Bones, who got a 21 on Monday, but the popular radio personality has fan support to keep Amabile at a distance.

The judges’ quasi-positive comments on Monday made it feel like Amabile would nab a 20 on a feel-good evening like Disney Night, but they were fair with the 17. Of course, Amabile could surprise us all and put together a completely adequate routine next week and receive a 20, but considering he literally stood around for like 30 seconds while Johnson and a bunch of Disney princesses danced around him, we’re not holding out breath.