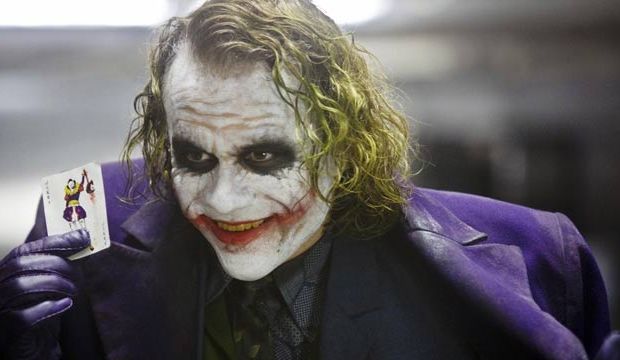 Heath Ledger has been voted your favorite Best Supporting Actor winner of the 2000s for his iconic portrayal of The Joker in “The Dark Knight” (2008). The late actor handily won our recent poll asking you to vote for your preferred Supporting Actor of the decade, proving that his performance was no laughing matter. (See 2018 Oscar predictions for Best Supporting Actor.)

Ledger won with a whopping 54% of the vote, handily beating his nine competitors. Christoph Waltz came in second for his performance as Hans Landa in “Inglourious Basterds” with 18% of the vote followed by Javier Bardem as Anton Chigurh in “No Country for Old Men” at 16%. It’s clear that Gold Derby readers preferred those final three performances of the decade, as the next highest vote-getter was Morgan Freeman as Eddie “Scrap-Iron” Dupris in “Million Dollar Baby” at just 4%. Jim Broadbent as John Bayley in “Iris” rounded out the top five at 3%.

Chris Cooper as John Laroche in “Adaptation” was next at 2%, followed by a three-way tie of Alan Arkin as Edwin Hoover in “Little Miss Sunshine,” George Clooney as Bob Barnes in “Syriana” and Tim Robbins as Dave Boyle in “Mystic River” at 1%. Benicio del Toro as Javier Rodriguez in “Traffic” was the only actor to not earn a single percentage point.

Ever since moviegoers first saw Ledger in “The Dark Knight” in 2008 his performance as lasted as one of the defining supporting turns in film history. The actor died during editing on “The Dark Knight,” and he became the second actor in history to win an Academy Award posthumously, since Peter Finch for “Network” (1976). Ledger also swept award season before the Oscars, winning at Critics’ Choice, Golden Globes, SAG and BAFTA. He had previously been nominated in Best Actor for “Brokeback Mountain.”