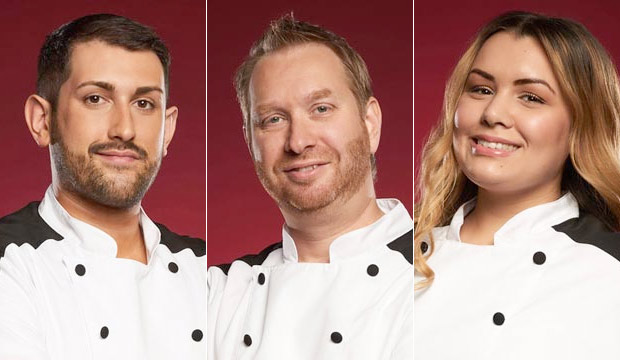 After a season of fights, fires and f***s, the Final 3 chefs have been named on “Hell’s Kitchen All Stars.” They are: Nick Peters Bond from Newburyport, Massachusetts, Benjamin Knack from San Antonio, Texas, and Michelle Tribble from Dallas, Texas. According to exclusive Gold Derby odds that are derived from the predictions made by our readers, Nick has leading 8/13 odds to win Season 17. But who do you WANT to win? Vote right now in our poll below.

Chef Gordon Ramsay eliminated Milly Medley on last week’s episode of “Hells Kitchen,” bringing the total number of chefs still competing on the reality TV show to three. Nick and Michelle both previously competed on Season 14, where Nick came in fifth place behind Michelle in third. They both lost out to eventual champ Meghan Gill. Benjamin, meanwhile, came in third place in Season 7, losing to Holli Ugalde. See the list of “Hell’s Kitchen” winners.

Looking back through this entire season, Chef Ramsay nominated Michelle for elimination one time, while Benjamin and Nick were never on the chopping block. Does that give the two men a leg up on Michelle? If the final challenge is too close to call, Chef Ramsay could end up relying on their former histories and send home Michelle based on that single poor showing.

Find out who wins when the Final 3 chefs visit the Calamigos Ranch in Malibu, CA during the two-hour “Hell’s Kitchen All Stars” finale, which airs Friday, February 2 on Fox. In the meantime, tell us who you’re rooting for by voting in our poll below.