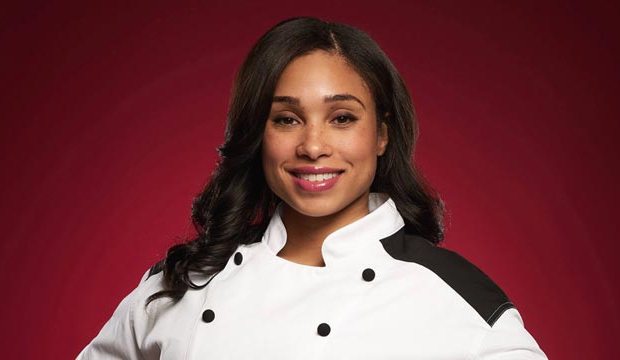 Episode 11 of “Hell’s Kitchen All Stars” aired Friday night on Fox, with host Gordon Ramsay narrowing the field of aspiring chefs from eight down to only seven. In this week’s episode of the reality TV show, the remaining players had to create a trio of restaurant-quality pasta dishes using only $20 in ingredients. Gold Derby’s exclusive odds predicted that either Elise Harris or Robyn Almodovar would be eliminated this week — were we correct?

Below, check out our minute-by-minute “Hell’s Kitchen” recap of Season 17, Episode 11, titled “Trying to Pasta Test.” Then be sure to sound off in the comments section about your favorite contestants and who you think can go the distance to win this season’s prize of a head chef position at the Gordon Ramsay Hell’s Kitchen Restaurant at Caesar’s Palace in Las Vegas, Nevada. Keep refreshing/reloading this page as we’ll be updating live.

7:59 p.m. – Previously, on “Hell’s Kitchen”! Back in the 10th episode, Ramsay asked for Barbie Marshall‘s jacket because of her aggressive leadership style, calling her performance during charity night a “disaster.” Who will be following her out the door this week?

8:10 p.m. – Despite their differences, Jennifer Normant and Elise buried the hatchet and plotted to target the other members of the Red Team for elimination. As the rest of the chefs were beginning to settle in for the night, Ramsay called everyone down to the dining room to announce their next challenge would be to create the most profitable pasta dish. The following morning, with 10 minutes and a budget of $20, the chefs shopped for ingredients to create three identical pasta dishes. But back in the kitchen, will they be able to cook up a profit?

8:20 p.m. – The Red Team has an Asian dish and a Spanish dish in the works, much to the chagrin of Ramsay, who expects Italian pasta dishes. Assisting Ramsay at the judging table this challenge are Lachlan Mackinnon-Patterson and Bruce Kalman. Michelle Tribble’s Asian-inspired tortellini soup surprised everyone as the most profitable dish of the night, securing a Red Team victory and ending their four-challenge losing streak. The ladies were gifted an incredible lunch and a day of go-carting! The Blue Team, which was anchored down by Milly Medley’s disastrous dish, stayed back to clean the kitchen.

8:35 p.m. – Because of her standout performance at the challenge, Michelle’s dish is on tonight’s menu at Hell’s Kitchen. But will her team be able to deliver amazing meals to the full house of excited guests? Thanks to Elise, the Red Team was first to deliver appetizers to the diners. Meanwhile, over on the Blue Team, Robyn was completely flustered as she failed to remember meal tickets. Queue the F-bombs from Ramsay!

8:45 p.m. – Dana Cohen is having a rough night in the kitchen, first burning the lamb and then serving it up rare. But over on the Blue Team, Robyn forgot yet another order. One of these two ladies seems destined for elimination tonight. Robyn got a private tongue-lashing from Ramsay in the pantry while the Red Team made up for time lost from their lamb mishap. Can the Red Team use the momentum from their challenge win to secure another victory?

8:55 p.m. – Dana tossed up another cold meat entree and Ramsay booted the Red Team before they finished their last ticket. After arguing over which two teammates should be put up for elimination, they were deadlocked in a 2-2 tie.

8:59 p.m. – Dana, Elise and Michelle were all eventually called forward by Ramsay, leaving Jennifer safe. Michelle was the first to be sent back in line. Elise was the next to be saved. After her first nomination, Dana was eliminated from the competition.

Who will be eliminated? Dana Cohen

Who will be in bottom 2, but safe? Elise Harris