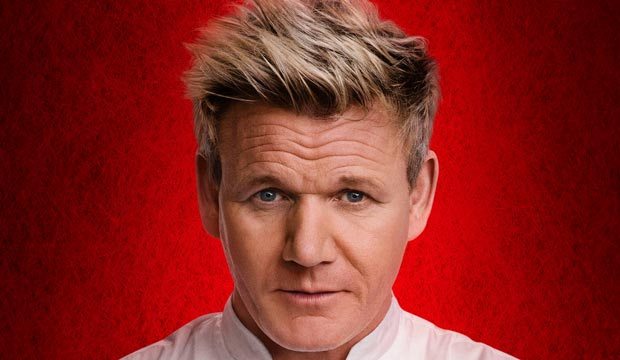 We are just about at the midway point of this season — and the show will be on hiatus  until Dec. 7. So it seems like a good time to access the status of the cooks left as they vie  to become head chef at the world’s first Gordon Ramsay Hell’s Kitchen Restaurant at Caesars Palace Las Vegas. Not only that, the winner gets to pocket $250,000 as well.

Producing delicious food is only part of what a qualified head chef would need to succeed. In other words, don’t be a jerk unless it is part of a chicken dish. The jerk this past Friday? Rookie Scotley Innis, who was trash-talking veteran Trevor McGrath and egging on Jose DeJesus and Motto to imitate the way Trevor calls out orders. That Trevor simply ignored their harassment made him rise in my estimation. He kept quiet about their razzing save for one much-deserved retort: “Haters are going to hate.”

With all that in mind, here are my current rankings of where the last 10 chefs stand, starting with the worst and ending with my choice for the eventual winner. My No. 1 has been on the top of my list since the first ep. Please feel free to disagree with me below in the comments section. Like Trevor, I can take it although I wouldn’t have forgotten the fish on the cioppino.

SEE ‘Hell’s Kitchen’ 18 episode 7 recap: Teamwork is the special word of the day, but ‘haters are going to hate’

10. Scotley Innis – He’s been nominated for elimination twice and has shown himself not to be a team player.  His treatment of Trevor on episode 7 was childish and disrespectful. Obviously, Scotley considers him a threat and rightly so. But such bullying should be out of bounds. Oh, did I say his cooking has been inconsistent, too?

9. Heather Williams – While she never was up for elimination on Season 16, Heather was this season and rightly so when she couldn’t produce a perfectly cooked filet. T was wrong in shutting down communications and ignoring her. But Heather’s petulant responses during dinner service did not help. She has cooked well enough in the challenges. But we will see how she fares in the next dinner service.

8. Jose DeJesus – He’s been up for elimination twice, including when he served raw halibut. The rookie has not exactly shown leadership skills and his cooking tends to put him in the middle of the pack most weeks, although he seems to be improving – especially during dinner services.

7. Roe DiLeo – Roe, the one competitor who is already a head chef at a restaurant, is pretty much a blank to me. That she quickly vamoosed out of the kitchen during the teamwork challenge – even though her own spaghetti and meatballs were basically finished and she could have helped with other dishes – was not encouraging. As a veteran, she should have stayed on duty. Plus, she has had mixed results in challenges.

6. Motto – This week the guy from Baton Rouge, Louisiana, did just the right thing and took on what he considers his signature dish, shrimp and grits, in the teamwork challenge after underwhelming with the dish on the season opener. Also, he was the last chef standing in the Red Team’s kitchen until everyone rushed back in. The previous week, Motto got his act together while calling out orders. He might be on the rise.

5. Kanae Houston – This rookie is the class clown of the season who makes me laugh at least once per episode.  But she has never been up for elimination and has improved both her dishes and her dinner service performance almost every week. She is a serious contender, make no mistake.  And she has no problem standing up for herself.

4. Bret Hauser – He just might be the one who rarely fails to deliver top-of-the-line food. But as Bret will tell you multiple times, he is way too emotional about nearly everything. Do you really want a head chef who will do push-ups for no good reason or starts weeping over the tattoos on his arms because they remind him of his late parents?

3. Trevor McGrath – What doesn’t kill you makes you stronger. Yeah, the veteran left the fish out of his fish stew. Of course, his teammates didn’t notice it, either. But he is another one who has improved almost every week and my respect for him has grown after he refused to verbally engage with Scotley when he unleashed his taunts.

2. Ariel Contreras-Fox – She is about the only chef that has done nothing to annoy me. She acts like a grown-up and rarely causes problems for others. She, like Motto, chose to be the last chef standing in the Blue Team’s kitchen. She has never been at risk for elimination, either, and is a solid cook.

1. Mia Castro – There’s my smiling winner-to-be. Ever since the first episode this season, when she observed that people tend to underestimate her – although that hasn’t stopped some male chefs from ogling her — she seemed like a fighter. She has made a few mistakes such as slicing beef wellingtons in half to see if they were done enough. But she is the likeliest to get a perfect score in the challenges and mostly has rid herself of bad habits during dinner service.