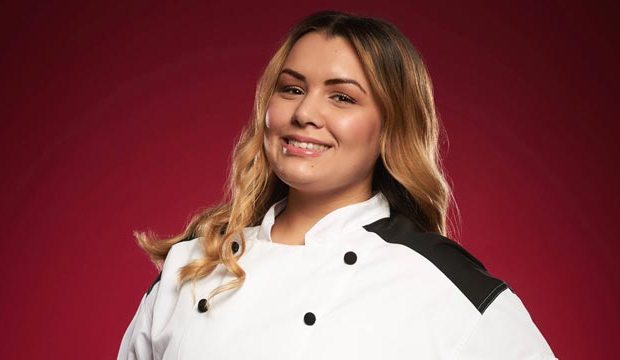 Gordon Ramsay made history when he chose Michelle Tribble as the winner of “Hell’s Kitchen” on Feb. 2. At 24, she is the youngest woman to take the title since Holli Ulgade in season 7 back in 2010. Danny Veltri remains the youngest-ever champ; he was just 23 when he won season 5 in 2009.

We asked if you thought that Tribble deserved to win over rival finalists Nick Peters Bond and Benjamin Knack and a whopping 50% of you said she did. If you haven’t voted in the poll yet, be sure to do so at the bottom of this post and then sound off in the comments section.

Our exclusive odds had predicted that Bond would win and get to be the executive chef of the new Hell’s Kitchen restaurant at the Caesars Palace casino in Las Vegas, Nevada. That job comes with a jaw-dropping salary of $250,000.

SEE ‘Hell’s Kitchen’ winners: Where are they now, who is your favorite from seasons 1 to 16? [POLL]

This was the first all-star edition in the history of the Fox reality competition series. Tribble and Bond had competed against each other on season 14. She place third, behind winner Meghan Gill and runner-up Torrece Gregoire while he made it to episode 14 before being eliminated in fifth place. Knack came in third after Ulgade and runner-up Jason Santos in season 7.