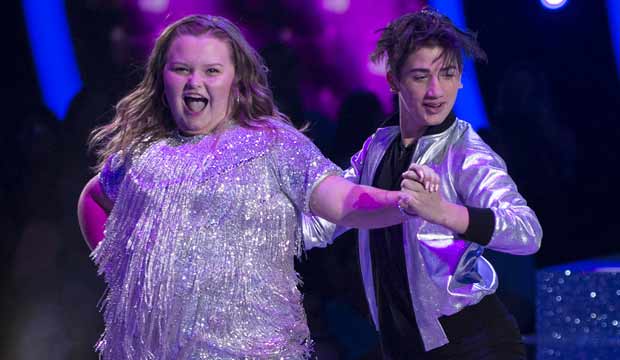 Alana Thompson came into the debut season of “Dancing with the Stars: Juniors” as one of its best known celebs since she was already a reality star. She’s better known as Honey Boo Boo from the TLC series “Here Comes Honey Boo Boo,” which was spun off from the network’s “Toddlers and Tiaras.” But that didn’t help her too much with the judges, and now our users think she’ll be eliminated in week two of the competition on Sunday night, October 14.

Our predictions are based on the combined forecasts of Gold Derby users who have entered their picks in our predictions center, and they give Thompson leading odds of 19/5 of being ousted from the competition. In the premiere episode she performed a salsa with her pint-sized pro partner Tristan Ianiero, and judges Val Chmerkovskiy, Mandy Moore and Adam Rippon loved her spirit, but Chmerkovskiy thought she needed to work on her technique and partnering. He and Moore gave her 6s, while Rippon scored her a 7, giving her a total of 19 out of 30.

That left her in ninth place — fourth from the bottom of the leaderboard. Since the lowest scoring dancers of the night, Tripp Johnston and Addison Osta Smith, were eliminated, that means she’s one of the two lowest scoring contestants going into week two, along with actor Jason Maybaum, who had the lowest score among the celebs who escaped elimination.

The good news for both of them is that the slate is wiped clean on Sunday night. The premiere night scores were combined with studio audience votes to decide that first double elimination, so she has another chance to endear herself to the judges and those watching from the stands. But the competition level is already so high that it doesn’t look like that will be easy.

SEE‘Dancing with the Stars: Juniors’ premiere recap: Were the pint-sized celebs as good as the grown-ups? [UPDATING LIVE BLOG]

Do you agree with our odds? Click on the graphs below to see more detailed prediction stats for Sunday night’s show. 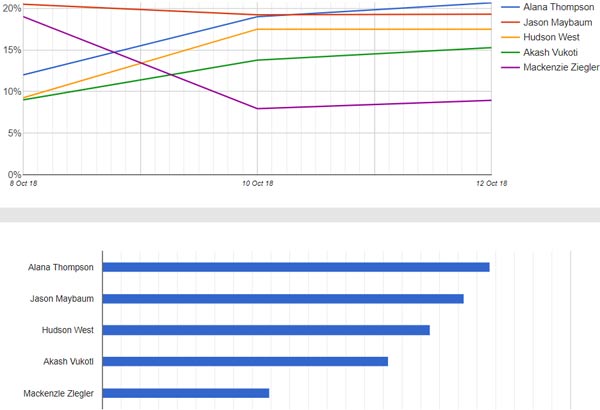