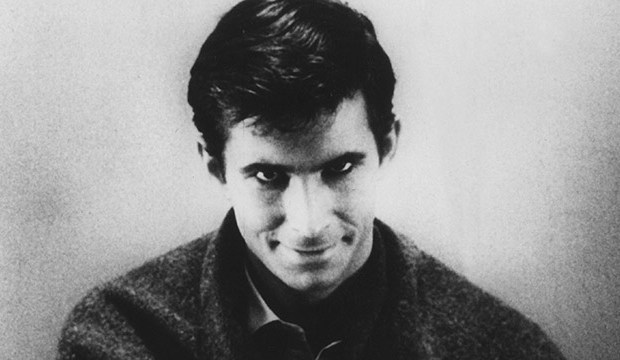 This article marks Part 2 of the Gold Derby series reflecting on Horror Films at the Oscars. Join us as we look back at the spine-tingling movies that earned Academy Awards nominations, including the following films from the 1960s and 1970s.

Alfred Hitchcock‘s “Psycho” (1960) was met with enormous critical and commercial success upon release emerging the second-highest grossing film of the year, just behind Stanley Kubrick‘s “Spartacus.” Alas, the film was also greeted to a somewhat cool reception at the Oscars. “Psycho” did muster four nominations, in Best Director (Hitchcock’s fifth and final career bid), Best Supporting Actress (Janet Leigh), Best Art Direction and Best Cinematography. Notably absent was Anthony Perkins, unforgettable as Norman Bates. Leigh, who won the Golden Globe for her performance, was ultimately defeated by Shirley Jones (“Elmer Gantry”). The film also failed to win on any of its other three nominations.

The following year, a bone-chiller surfaced in Best Foreign Language Film – and triumphed too – Ingmar Bergman‘s “The Virgin Spring,” (1961), a picture which served as the inspiration to Wes Craven‘s cult classic “The Last House on the Left” (1972).

In 1962 and 1964, a horror sub-genre, the so-called “psycho-biddy” picture – that is, a film involving an older woman who cracks and terrorizes those around her – earned much affection from the Oscars. Two Bette Davis-headlined, Robert Aldrich-directed films – “What Ever Happened to Baby Jane?” and “Hush…Hush, Sweet Charlotte” – received a combined 12 Oscar nominations, including three acting bids, for Davis and Victor Buono in the former and the Agnes Moorehead in the latter. These nominations only resulted in a single win, however, for Norma Koch‘s costume design in “What Ever Happened to Baby Jane?”

Between those two camp classics, Hitchcock’s “The Birds” (1963) – which, while a box office success, did not attain the critical acclaim of “Psycho” – scored an Oscar nomination in Best Special Effects, losing there to the epic “Cleopatra.”

In 1967, horror cinema resurfaced at the Oscars, through a Best Actress nomination for Audrey Hepburn in Terence Young‘s “Wait Until Dark.” She would ultimately fall short to another Hepburn, Katharine Hepburn, triumphing for “Guess Who’s Coming to Dinner?”

The following year, while voters were not keen on recognizing George A. Romero‘s zombie masterpiece “Night of the Living Dead” (1968), they did show some affection for another horror picture, Roman Polanski‘s “Rosemary’s Baby.” While leading lady Mia Farrow failed to make the Best Actress cut, the scene-stealing Ruth Gordon took honors in Best Supporting Actress. Polanski’s writing was nominated too, in Best Adapted Screenplay, losing to James Goldman (“The Lion in Winter”).

In 1972, horror made an appearance in the most unlikely of Oscar categories – Best Original Song, where Michael Jackson‘s “Ben,” from the eponymous film, garnered a nomination, ultimately losing in its bid to “The Morning After” from “The Poseidon Adventure.”

1973 marked perhaps the most impressive year for horror cinema at the Oscars. While Robin Hardy‘s eerie “The Wicker Man” did not earn recognition, nor did Nicolas Roeg‘s haunting “Don’t Look Now,” William Friedkin‘s blood-curdling “The Exorcist” proved a significant player that awards season. The second-highest grossing film of the year, the film went into Oscar night with a commanding 10 nominations, including Best Picture, Best Director and Best Adapted Screenplay, plus bids in three acting categories – Best Actress (Ellen Burstyn), Best Supporting Actor (Jason Miller) and Best Supporting Actress (Linda Blair). It set a nominations record for the genre at the Oscars, which remains unbroken to this day.

At that year’s Golden Globes, “The Exorcist” scored victories in Best Picture – Drama, Best Director, Best Screenplay and Best Supporting Actress. At the Oscars, however, the picture largely came up short, only scoring victories in Best Adapted Screenplay and Best Sound. The film and Friedkin were topped by “The Sting” and its director George Roy Hill, while Burstyn lost to Glenda Jackson (“A Touch of Class”), Miller was defeated by John Houseman (“The Paper Chase”) and Blair proved no match for Tatum O’Neal (“Paper Moon”).

In 1974, on the heels of dark and draining “The Exorcist,” voters catered to lighter horror fare, delivering a few nominations to Mel Brooks‘ “Young Frankenstein” in Best Adapted Screenplay and Best Sound and Brian De Palma‘s “Phantom of the Paradise” in Best Adapted Score.

In 1975, while Tobe Hooper‘s “The Texas Chainsaw Massacre” was filling drive-ins across the nation but hardly winning support from the Hollywood establishment, newcomer Steven Spielberg‘s box office sensation “Jaws” landed with a modest splash at the Oscars. The picture garnered four nominations – in Best Picture, Best Original Score, Best Film Editing and Best Sound – but was notably snubbed for Spielberg’s direction. On the big night, it claimed victories in all but Best Picture.

Horror was mostly an Oscars no-show at the close of the decade. Classics like Dario Argento’s “Suspiria” (1977), Romero’s “Dawn of the Dead” (1978) and John Carpenter’s “Halloween” (1978) did not earn recognition. Voters did, however, award a nomination to Irwin Allen’s killer bee film “The Swarm” (1978) in Best Costume Design.

SEE: ‘Dr. Jekyll and Mr. Hyde,’ ‘The Phantom of the Opera’ among the earliest nominated horror films