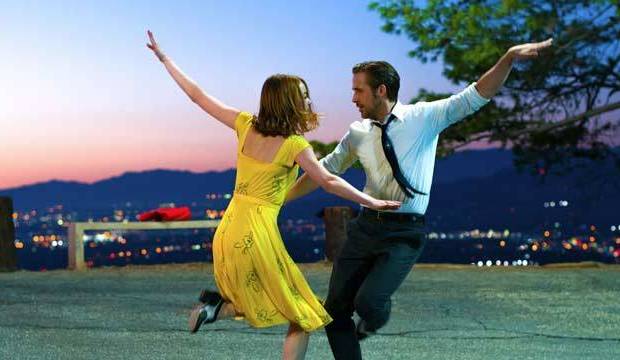 This article marks Part 26, the final entry of the Gold Derby series analyzing 84 years of Best Original Song at the Oscars. Join us as we look back at the timeless tunes recognized in this category, the results of each race and the overall rankings of the winners.

The 2015 Oscar nominees in Best Original Song were:

Won: “Writing’s on the Wall” from “Spectre”

Should’ve won: “‘Til It Happens to You” from “The Hunting Ground”

This race in Best Original Song began on a rather disheartening note, with the release of the full list of tunes eligible for consideration in the category. Notably absent from the list, in spite of rave reviews and a Golden Globe nomination, was Brian Wilson‘s “One Kind of Love,” from the superb, supremely underrated Wilson biopic “Love & Mercy.”

With that said, even with Wilson out of the running, 2015 Best Original Song ultimately turned out to be a respectable affair.

To the surprise of many, voters sided with Sam Smith’s “Writing’s on the Wall” over Lady Gaga and Diane Warren‘s “‘Til It Happens to You,” which was deemed such an important nominee that Vice President Joe Biden attended the ceremony to introduce Gaga’s performance of the number. That Warren was viewed as long-overdue for an Oscar victory made its front-runner status all the more (seemingly) commanding.

“Writing’s on the Wall,” performed by Sam Smith, is about as deserving of an Oscar as “Skyfall.” Neither tune is among the best Bond themes, nor quite among the worst. Both are nicely performed and orchestrated but lack the punch of a “Goldfinger” or “Nobody Does It Better.”

“‘Til It Happens to You,” on the other hand, is perhaps the most substantial piece of music Warren’s ever composed, and it’s pitch-perfectly performed by Gaga.

Also strong is David Lang‘s sweeping, gorgeously performed “Simple Song #3.” Trailing way back, even behind the Smith winner, are “Manta Ray,” an intriguing, if meandering piece, and “Earned It,” which has the misfortune of automatically coming off cheesy, on account of the terrible film it’s featured in. (Also, “Love Me Like You Do” was the more deserving track from the film.)

The 2016 Oscar nominees in Best Original Song were:

On the big night, “La La Land” may have unexpectedly stumbled in Best Picture but even greater a shock would have been it falling short in Best Original Song.

Despite formidable competition from the ever-popular Lin-Manuel Miranda (who composed “How Far I’ll Go”) and the possibility of vote-splitting between it and “Audition (The Fools Who Dream),” there was never much doubt “City of Stars” would emerge triumphant. Did it, however, deserve such overwhelming front-runner status?

Well, it’s certainly not a bad song, especially as performed by Ryan Gosling in the picture. More compelling, though, is “Audition,” beautifully performed by Emma Stone, with terrific lyrics from Benj Pasel and Justin Paul (who also, alongside Justin Hurwitz, composed the winning tune). The “Moana” song packs a bit more punch as well, even if it doesn’t quite reach the same awe-inspiring heights as the composer’s contributions to “Hamilton.”

As for the remaining two nominees, “Can’t Stop the Feeling” is buoyantly performed by Justin Timberlake but, much like nominee “Happy” from “Despicable Me 2” (2013), becomes a tad exhausting at a certain point. At least it has more energy than “The Empty Chair,” however, a dreary number composed by J. Ralph and performed by Sting.

What a shame the infectious “Drive It Like You Stole It” from “Sing Street” failed to earn a nomination.

The 2017 Oscar nominees in Best Original Song were:

Won: “Remember Me” from “Coco”

Should’ve won: “This Is Me” from “The Greatest Showman”

At last, the most recent year in Best Original Song!

The 2017 race in this category found a number of familiar faces, like Oscar winning composers Kristen Anderson-Lopez & Robert Lopez (“Remember Me”) and Benj Pasek & Justin Paul (“This Is Me”) and Best Original Song mainstay Diane Warren (“Stand Up for Something”). Joining them were Oscar newcomers – the acclaimed singer-songwriter Sufjan Stevens (“Mystery of Love”) and Mary J. Blige (“Mighty River”), the latter of who emerged the first artist to ever score Oscar nominations in both acting and Best Original Song in the same year.

First off, the best original tune of the year – “Prayers for This World,” composed by Warren and performed by the incomparable Cher for “Cries from Syria,” wasn’t even nominated. Instead gracing the category were five entirely respectable, albeit not exactly extraordinary nominees.

Voters’ preference, “Remember Me,” certainly can’t be knocked. It’s a lovely tune and a perfect fit for the picture it’s featured in. Yet, it doesn’t quite soar like “Let It Go,” the “Frozen” (2013) tune that earned Anderson-Lopez and Lopez their first Oscars.

“Mystery of Love,” “Mighty River” and “Stand Up for Something” (the last performed by Audra Day feat. Common) are all warmly performed and also compliment their films well but none quite pops, at least not like “This Is Me,” the show-stopping number from “The Greatest Showman.” With a powerhouse vocal performance by Keala Settle, “This Is Me” is a song that succeeds just as splendidly outside the context of its film as during the picture.

“The Greatest Showman” may be the weakest of the five films nominated here but “This Is Me” comes out on top, even if voters’ selection can’t be faulted too much.

SEE With ‘The Little Mermaid,’ Disney begins its domination in Best Original Song

SEE: Best Original Songs of the early 1990s, including ‘Beauty and the Beast,’ ‘A Whole New World’

SEE Best Original Songs of the mid-to-late 1990s, including ‘Colors of the Wind,’ ‘My Heart Will Go On’

SEE Best Original Songs of the early 2000s, including ‘Lose Yourself,’ ‘Into the West’

SEE Best Original Songs of the early 2010s, including ‘Skyfall,’ ‘Let It Go’