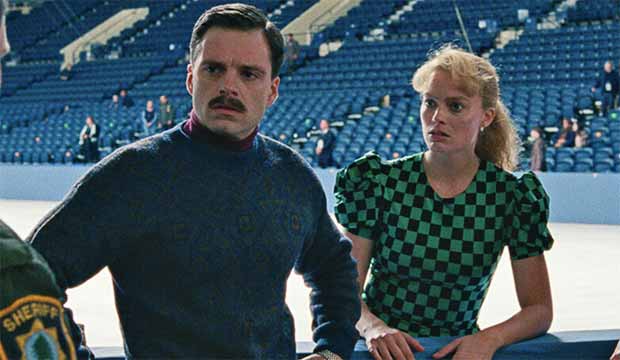 For the past seven years the Oscars have used a sliding scale in the Best Picture category, meaning anywhere from 5 to 10 films can be nominated for the top prize. Since only 9 were nominated this year, we asked our readers what movie they think came in 10th place on Oscar voters’ ballots. The result wasn’t even close. “I, Tonya” earned a whopping 56% of the vote, followed by “The Florida Project” at 15%, “Mudbound” at 11%, “The Big Sick” at 9% and “Blade Runner 2049” at 8%. Do YOU agree with our readers’ findings? Sound off down in the comments section.

Neon’s mockumentary about the downfall of figure skater Tonya Harding following Nancy Kerrigan being hit in the knee was directed by Craig Gillespie and written by Steven Rogers. Despite the Best Picture snub, “I Tonya” still earned a trio of Oscar nominations: Best Actress for Margot Robbie, Best Supporting Actress for Allison Janney and Best Film Editing for Tatiana S. Riegel.

Robbie, who also produced the film, stars as the troubled skater while Janney takes on the role of her disparaging mother. Janney has already prevailed at the SAG Awards, Critics’ Choice and Golden Globes, so an Oscar victory seems like a no-brainer. She’s part of this year’s winning foursome — along with Gary Oldman (“Darkest Hour”), Frances McDormand and Sam Rockwell (“Three Billboards Outside Ebbing, Missouri”) — to be recognized at every televised awards show so far.

Only three films earned more 2018 Oscar bids than “I Tonya” and still missed out in the Best Picture category: “Blade Runner 2049” at five nominations, “Mudbound” at four, and “Star Wars: The Last Jedi” at four. See the film-by-film breakdown of Oscar noms.

SEE ‘Get Out’ scares up 4 Oscar nominations, joining past horror movies ‘The Silence of the Lambs,’ ‘The Sixth Sense,’ ‘Black Swan’

This year’s nominees for Best Picture are: “Call Me By Your Name,” “Darkest Hour,” “Dunkirk,” “Get Out,” “Lady Bird,” “Phantom Thread,” “The Post,” “The Shape of Water” and “Three Billboards Outside Ebbing, Missouri.” What will win? Our editors debate this hot race in our latest video predictions slugfest.