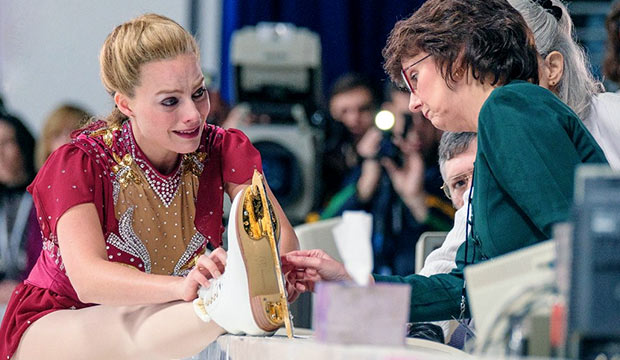 “Phantom Thread” and “The Post” made headlines when neither received a single Screen Actors Guild Award nomination. The snubs were high-profile, but unsurprising in light of the films’ hasty production timelines, which resulted in the nominating committee receiving their DVD screeners weeks after voting had opened — inexplicably around the same time that the committee received screeners of “I, Tonya.” The fact that Margot Robbie and Allison Janney were nominated anyway speaks volumes about what formidable contenders they are.

The first industry organization to announce nominations annually, SAG is infamous for snubbing late-breaking contenders; this tends to account for their few annual discrepancies with the Oscars. “I Tonya,” “Phantom Thread” and “The Post” were among the last seven out of 64 films that the SAG nominating committee received this year. Unlike “Phantom Thread” and “The Post,” “I, Tonya” had been widely seen by the press by the time that SAG was voting, so its vulnerability went unreported. I saw it at the Whistler Film Festival, where it was runner-up for the people’s choice award, as it had been at the Toronto International Film Festival where it premiered in September.

But to SAG voters, these were three films that would not go into limited release until December and which they had not received on DVD. There had been special “I, Tonya” screenings, but the nominating committee comprises 2500 members spread across the country, hence screeners are crucial. (The whopping 19 regional screenings of “The Post” held specifically for the SAG nominating committee proved insufficient.)

“The Hateful Eight,” “Joy” and “The Revenant” were the late-breaking major contenders that faced similar visibility issues with SAG two years ago. Although these films would go on to a combined four acting nominations at the Oscars, as well as a Best Picture nomination for “The Revenant,” they scored only a single SAG nomination, for Leonardo DiCaprio of “The Revenant.” He went on to win the SAG and Oscar.

“American Hustle” and “The Wolf of Wall Street” were the late-breaking major contenders four years ago. This pair went on to a combined six acting nominations at the Oscars and Best Picture nominations for both, but only two SAG nominations: for its cast and for supporting player Jennifer Lawrence, both for “American Hustle.” SAG ultimately awarded the cast prize to “American Hustle” and although Lawrence lost both the SAG Award and the Oscar to Lupita Nyong’o for “12 Years a Slave,” it was a photo finish. Among others, Lawrence notably won the BAFTA, the Golden Globe, the AACTA International Award and the National Society of Film Critics Award for her performance.

Not all of the SAG nominating committee saw “The Revenant” or “American Hustle,” but DiCaprio, Lawrence and the latter’s ensemble were such consensus favorites that they appeared on enough ballots anyway. If history is repeating itself, it is going unnoticed in Gold Derby’s aggregate predictions. Robbie ranks fourth for SAG and fifth for the Oscar; Janney ranks second for both, trailing Laurie Metcalf for “Lady Bird.” Will Margot Robbie overcome her 50/1 odds to prevail at the SAG Awards?