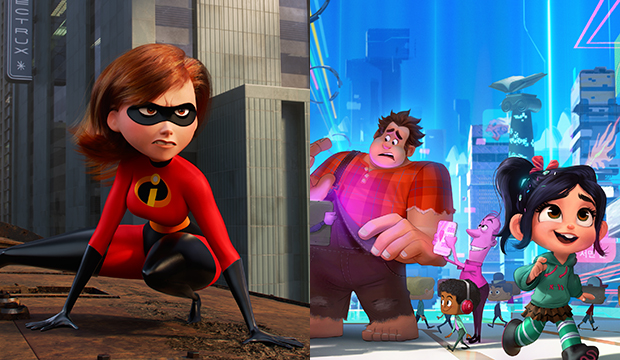 “Incredibles 2” and “Ralph Breaks the Internet” not only have to overcome a steamrolling “Spider-Man: Into the Spider-Verse” to win the Best Animated Feature Oscar, but an incredibly big bias as well: Only one sequel has ever won the category.

“Incredibles 2” and “Ralph,” both of which led the Annie Awards nominations, are probably good for nominations; they’re in first and third place, respectively, in our odds, with “Isle of Dogs” in second, “Spider-Man” in fourth and “Mirai” in fifth. But the Oscars has rejected some blockbuster animated sequels in recent years, snubbing “Finding Dory” (2016) and “Despicable Me 3” (2017) completely while their predecessors had won or been nominated. Could that fate befall “Incredibles 2” and “Ralph” as well?

If they do get in, they have to be wary of our friendly neighborhood “Spider-Man.” The crowd-pleasing hit has been scooping up critics awards left and right, and even Guillermo del Toro is pulling for it.

Working in favor of “Incredibles 2” is that it hails from Pixar, which has dominated this category with nine wins from 11 bids. Disney, which produced “Ralph,” has the second most wins, at three from 10 nominations. So voters could be lazy and check off a familiar name.