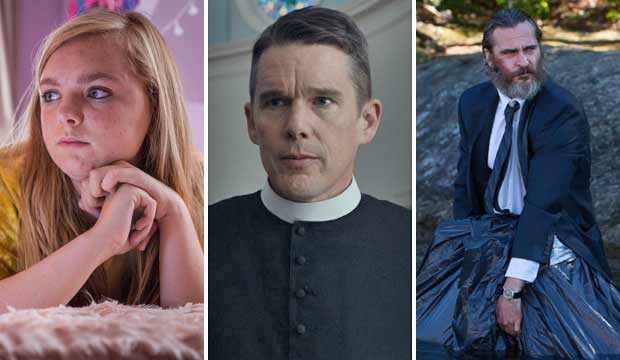 The Film Independent Spirit Awards announced their nominations on November 16, and “Eighth Grade,” “First Reformed” and “You Were Never Really Here” cleaned up with four bids apiece, including Best Feature. But the most nominated film of the year, “We the Animals” with five, isn’t up for that top award. See the complete list of nominations here.

“Eighth Grade,” “First Reformed” and “Never Really Here” are joined in the top category by “If Beale Street Could Talk” and “Leave No Trace,” which have three total noms apiece. And while “We the Animals” isn’t in that lineup, it does contend for Best First Feature along with “Hereditary,” “Sorry to Bother You,” “The Tale” and “Wildlife.”

The acting categories include some of the top contenders we’re predicting for Oscars, including Glenn Close (Best Female Lead for “The Wife”), Regina King (Best Supporting Female for “Beale Street”) and Richard E. Grant (Best Supporting Male for “Can You Ever Forgive Me?”).

But there were also some noteworthy omissions. Grant’s “Forgive Me” co-star Melissa McCarthy was snubbed for her leading role. “BlacKkKlansman” was only recognized for Adam Driver‘s supporting performance and not for anything else — though “Klansman” star John David Washington did earn a nom for his supporting role in “Monsters and Men.”

Other noteworthy indies like “Destroyer,” “Boy Erased” and “At Eternity’s Gate” were shut out. But that’s okay — “The Shape of Water” was completely blanked by the Spirits last year and still went on to win the Oscar for Best Picture.

“This year’s nominees reflect the bold originality that is the heart of independent film,” said Film Independent President Josh Welsh in a statement. “At a time when huge tent-pole franchises threaten to dominate our film culture, this year’s films and filmmakers offer something completely different — something vital, uncompromising, and needed. The nominees also show that, when it comes to diversity and inclusion, independent film is leading the way for the rest of the industry.”