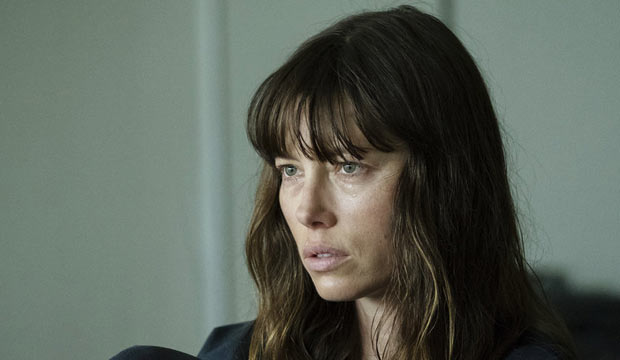 Thanks to USA’s breakout hit “The Sinner,” Jessica Biel is now finally an Emmy nominee in the category of Best Movie/Limited Series Actress. Biel’s husband Justin Timberlake is also a former eight-time nominee and four-time winner, and he took home his first statuette on his inaugural nomination back in 2007 in the Best Music and Lyrics category for “D*** in a Box” (“Saturday Night Live”). Can Biel follow in her husband’s footsteps and win on her first-ever Emmy nomination for playing murder suspect Cora Tannetti in “The Sinner”?

The first season of “The Sinner” aired from August to September of 2017, which being almost an entire year ago makes Biel’s recognition quite remarkable. Her nomination is actually the program’s sole bid, which speaks to the impact of her performance. Not only was she a strong force on screen, but she also played an important role in bringing the entire show to fruition, hence her executive producer title. Perhaps voters will want to embrace her for wearing both the acting and producing hat, which isn’t an easy task to manage.

Biel could benefit from visibility since “The Sinner” was widely seen and quickly became the number one new cable series of 2017, according to Nielsen. One can argue that its first season aired a long time ago, but keep in mind that its second season is currently airing on USA. While Biel isn’t part of Season 2’s cast, she’s still an executive producer and therefore appears in the credits. If voters happen to be watching the second installment, seeing her name could be a reminder of the incredible work she did in the show’s freshman season.

Playing Cora Tannetti, a complicated woman who commits a heinous crime without at first knowing why, was deemed Biel’s breakout role. She added many layers to this character and with every new episode made the viewer understand where this troubled soul came from. On performance alone, she could garner a significant number of votes. For what it’s worth, she also received two Golden Globe nominations for the show for acting and producing, plus a Critics’ Choice citation for her acting. While she didn’t go on to win any of these, the bids alone indicate industry support.

At this year’s Emmys Biel finds herself competing against Laura Dern (“The Tale”), Michelle Dockery (“Godless”), Edie Falco (“Law & Order True Crime: The Menendez Murders”), Regina King (“Seven Seconds”) and Sarah Paulson (“American Horror Story: Cult”). This makes her one four performers whose show isn’t up for program, as “The Sinner,” “Cult,” “Seven Seconds” and “The Menendez Murders” were snubbed in Best Limited Series. Like Biel, Falco and King are the only nominations for their shows. Unlike the other five nominees who have multiple Emmy nominations or even wins under their belt, Biel is the only new face to Emmy voters. Being the newbie in a category doesn’t always hurt someone’s chances, especially when they are up for what is considered someone’s breakout performance.