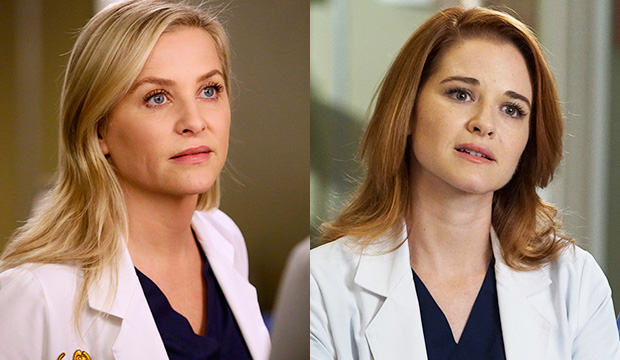 ‘Grey’s Anatomy’ fans were blindsided Thursday when news broke that Jessica Capshaw and Sarah Drew were dropped from the show and will leave at the end of the current 14th season. And after spending nearly a decade with both of them, most of you are going to miss Arizona (Capshaw) and April (Drew) very much.

In our poll, 50 percent of you are inconsolable that they’re departing. “Won’t be watching after they leave won’t be the same,” user Theresa wrote.

Producers cut Capshaw and Drew ahead of an all-but-certain 15th season due to creative reasons. In her statement posted on Twitter, Drew revealed that she was informed of her dismissal 48 hours prior and “haven’t really had the time to process this information.” Both actresses also thanked fans for their support.

“It smacks of an old, broken, patriarchal notion that women must be pitted against each other and that one woman’s success will be costly to others,” Vernoff wrote. “Ellen Pompeo has not only advocated passionately for her fellow cast members, she has taken the time to educate women worldwide as to how to advocate for themselves and that must not now be twisted. The decision to make changes to our cast was a creative one.”

Capshaw and Drew recurred on Seasons 5 and 6, respectively, before getting promoted to series regulars. There are seven episodes remaining in the current season.