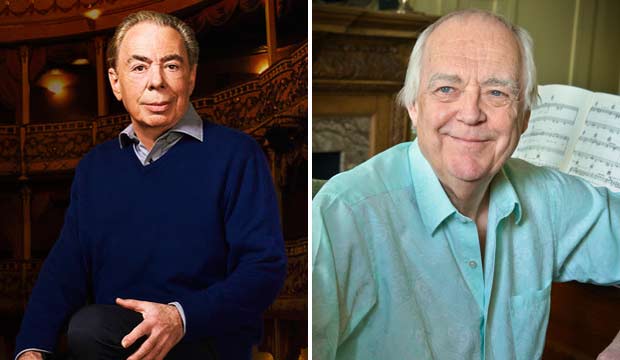 Only 12 entertainers in the history of Hollywood have won EGOT: the showbiz grand slam of Emmy, Grammy, Oscar and Tony Awards. NBC’s live production of “Jesus Christ Superstar” would give John Legend that distinction if he wins Emmy for acting in and/or producing the program. But he’s not the only person involved who’s just an Emmy away from this historic milestone. So are his fellow executive producers Andrew Lloyd Webber and Tim Rice. That means on one night in September and in one category — Best Variety Special (Live) — the Emmys could give EGOT status to three for the price of one, making them only the 13th, 14th, and 15th recipients in history.

Legend would get to EGOT with lightning speed (within just 12 years), but Webber and Rice have been waiting for a lot longer. Webber won his first awards more than three decades ago. First came Tony in 1980 for his original score for “Evita” (shared with Rice), and that show alone would get him three-quarters of the way there. He then won a Grammy in 1981 for the “Evita” cast recording, and when the show was adapted into a 1996 film starring Madonna he and Rice shared the Oscar for Best Original Song for penning the new tune “You Must Love Me.”

That was Webber’s only Oscar to date, but in all he has won seven Tonys and three Grammys while still awaiting his shot at an Emmy, an award he has yet to even be nominated for.

For Rice the journey also began with “Evita.” Not only did he share the Tony for Best Original Score with Webber, he won Best Book of a Musical too. Then he shared the Grammy for the cast recording. But he actually beat Webber to the Oscar by four years. Rice won Best Original Song at the Academy Awards with Alan Menken for “A Whole New World” from “Aladdin” (1992). And then he claimed that award again with Elton John for “Can You Feel the Love Tonight” from “The Lion King” (1994) before he and Webber prevailed for “You Must Love Me.”

As executive producers of “Jesus Christ Superstar,” Webber, Rice and Legend would all EGOT if the show wins Best Variety Special (Live). That category was newly established in 2018 after the TV academy discontinued the award for Best Special Class Program, which was won by other musicals in recent years: “Sweeney Todd (Live from Lincoln Center)” in 2015 and “Grease Live” in 2016. So if the production does prevail, which of them is 13th, 14th and 15th on the all-time EGOT list will depend on who gets to the stage first after the envelope is opened.