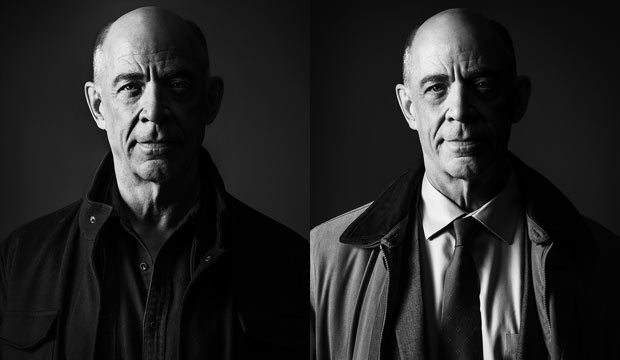 Emmy voters know a good bargain when they see one, so they’re often eager to reward two performances for the price of one. Sally Field (“Sybil”) and Toni Collette (“United States of Tara”) won for playing multiple personalities. And Tatiana Maslany (“Orphan Black”) prevailed as a combo platter of identical clones. Now Emmy voters could give the nod to J.K. Simmons for playing two versions of the same man in the Starz sci-fi thriller “Counterpart.”

The series premiered in December 2017 and stars Simmons as Howard Silk, a United Nations bureaucrat in Berlin who works for an agency whose purpose he doesn’t quite understand. It turns out his agency oversees a gateway to a parallel world with another version of Howard who crosses between worlds on dangerous field missions.

Now Simmons is an Emmy contender for Best Drama Actor for his performance. He has never been nominated for an Emmy before despite past roles in “Oz,” “Law and Order” and “The Closer,” but his profile is higher than ever since his Oscar-grabbing performance in “Whiplash” (2014). He played abusive music teacher Terence Fletcher and he also won Best Supporting Actor at the Golden Globes, BAFTAs, SAG Awards and many more before claiming the Academy Award in February 2015.

And if there’s one thing Emmy voters like even more than dual roles, it’s Oscar winners. Consider recent champs like Nicole Kidman (“Big Little Lies”), Maggie Smith (“Downton Abbey”), Frances McDormand (“Olive Kitteridge”), Michael Douglas (“Behind the Candelabra”) and Jessica Lange (“American Horror Story”), to name a few. Movie-star prestige goes a long way with the TV academy, and it may have even helped Starz get its first Emmy recognition for acting.

Starz has gotten some attention from the academy thanks to limited series like “The Pillars of the Earth” and “The White Queen,” but the first time the actors branch recognized the premium network was in 2014 when Chiwetel Ejiofor was nominated for Best Movie/Mini Actor for “Dancing on the Edge.” That came just a few months after he earned an Oscar nomination for his starring role in “12 Years a Slave,” which won Best Picture.

Ejiofor didn’t win the Oscar, but the recognition from the motion picture academy probably helped him get on the radar of the television academy. Now our Experts think Simmons might get on their radar too. We’ve polled 18 Expert journalists from top media outlets for their Emmy picks, and 5 of them say Simmons will be nominated: Debbie Day (Rotten Tomatoes), Pete Hammond (Deadline Hollywood), Matt Roush (TV Guide Magazine), Ken Tucker (Yahoo) and Glenn Whipp (LA Times). Are they right?