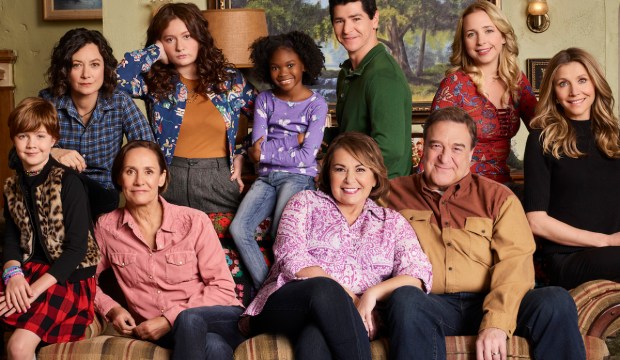 Despite seven Best Comedy Actor nominations for playing Dan Conner, John Goodman never took home the Emmy during “Roseanne”’s initial nine-season run. It wasn’t until 2007 that he won his first Emmy for his guest appearance on “Studio 60 on the Sunset Strip.” With the return of “Roseanne,” Goodman could finally win for his most famous TV role, but if he suffers yet another loss, he’ll have sole ownership of a title no one wants: most nominations in the category without a single win.

SEE ‘Roseanne’ revival: Get ready for even more episodes in season 2 of reboot after record ratings for return

Goodman, who is seventh in our predictions, is right now tied with two other unlucky seven-time losers: Hal Linden and Matt LeBlanc. Like Goodman, all of Linden’s nominations were for the same character: the title role on “Barney Miller.” LeBlanc accrued his nominations over two shows, three for “Friends” and four for “Episodes.” After a three-year break, LeBlanc is in contention again this year for “Episodes”’ final season and is in 13th place, per our odds. Unlike Goodman, Linden and LeBlanc have yet to win an Emmy in another category, though Linden has three Daytime Emmys.

An eighth nomination for Goodman would tie him with Michael J. Fox, Carroll O’Connor and Tony Shalhoub in the category. Those three have won at least three Emmys, with Shalhoub grabbing three for “Monk,” and Fox (three for “Family Ties,” one for “Spin City”) and O’Connor (“All in the Family”) each winning four — a category record they share with Kelsey Grammer (“Frasier”) and Jim Parsons (“The Big Bang Theory”).

Goodman could also find himself facing off against an old foe and possibly exact revenge. Ted Danson twice beat Goodman for “Cheers” in 1990 and 1993. Now contending for “The Good Place,” Danson, who’d set a record himself with a 12th nomination, is right behind Goodman in eighth place in our odds.