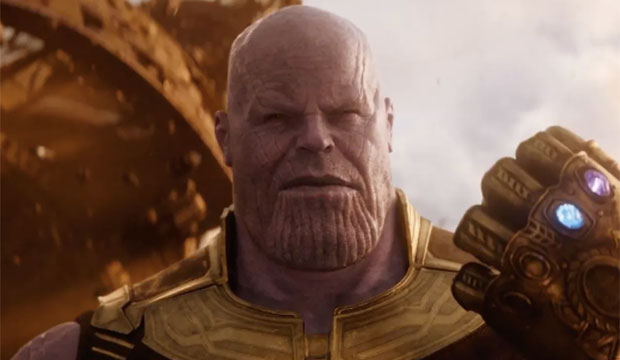 Motion-capture performances have been criminally ignored by awards groups. Most deem them to be ineligible for consideration despite the fact that the voice, facial expressions and movements are all the work of the performer. The motion picture academy has no such rule. To that end, Oscar voters would do well to nominate Josh Brolin for his rendition of the evil Thanos in “Avengers: Infinity War.”

Screenwriters Stephen McFeely and Christopher Markus did an outstanding job in their plotting of this picture, which is number 19 in the Marvel Cinema Universe franchise. But it was Brolin who brought this comic book character to life. “Infinity War” directors Joe and Anthony Russo described this mad titan as the main character their movie.

As David Betancourt of The Washington Post observed, the reason “Infinity War” is so special is because of Thanos: “Josh Brolin’s CGI performance as the ultimate Marvel villain is a debut that more than makes up for previous complaints of weak MCU bad guys. Thanos’ dominating presence is established from the beginning of “Infinity War.” He not only shows his might, but he also makes clear to viewers that they haven’t ever seen an MCU villain like this.”

Betancourt goes on to note that “Infinity War” is a “deep dive inside the mind of a madman. While it is impossible to humanize someone hellbent on destroying half of everything that exists, “Infinity War” manages to show there is more inside Thanos’ heart than destruction. Thanos packs a heck of a punch in “Infinity War” — he pretty much punches everyone. It’s the emotion behind those punches that will surprise you.”

Brolin, who was nominated back in 2009 for his scene-stealing performance in “Milk,”  delivers those emotional beats with expertise. He exhibits a genuineness that, frankly, none of us expected from a big purple monster with a bejewelled golden glove. He pitches it perfectly and ends up stealing the show from the superhero stars he pummels and smashes along the way, including Robert Downey Jr.‘s Iron Man, Benedict Cumberbatch‘s Doctor Strange and a trio of Chrisses — Pratt, Evans and Hemsworth — as Peter Quill, Captain America and Thor, respectively.