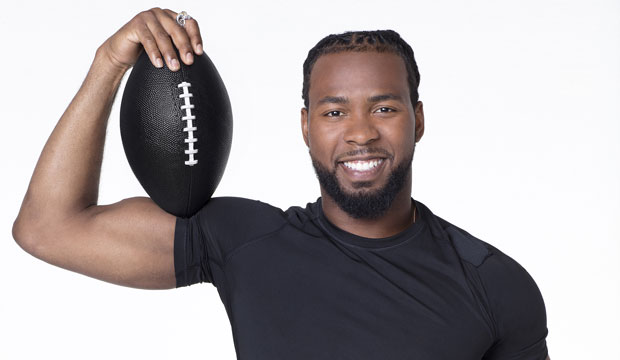 Current NFL cornerback Josh Norman is looking to follow in the footsteps of Emmitt Smith, Hines Ward, Donald Driver and Rashad Jennings to become the fifth pro football player to win “Dancing With the Stars.” Known for his competitive drive and in-your-face attitude, Norman is here to win. But will he be able to outperform his fellow season 26 competitors, all of whom are athletes like he is? Let’s consider the pros and cons.

When it comes to athletes appearing on “Dancing with the Stars,” football players tend to be the leaders of the pack. Out of the 10 athletes who have won “DWTS,” four were footballers. It’s also worth noting that the majority of football players who have appeared on the show have gotten pretty far in the competition with several making it to the quarterfinals, semifinals and finals in addition to the four who claimed the Mirror Ball Trophy.

Having a built-in fan base can help you go pretty far on “Dancing With the Stars.” Many football players have armies of fans due to the popularity of the sport in the US. And unlike some athletes who join “DWTS” after they retire, Norman is still active in the NFL, so his fan base will still be at its peak. They may tune in week after week and vote in support of their superstar.

Football players know how to charm the audience and judges. Even when they’re not the best dancers in contention, they have an inherent sense of showmanship that helps them stand out from the crowd. That’s something I’m sure Josh Norman won’t have a problem with.

This season of “Dancing with the Stars” is only four weeks long, so it won’t allow the audience to get to watch the growth and journey of the contestants for as long as usual. Football players often get lower scores during the first few weeks of the season as they’re getting used to the dance floor. They then often gain momentum as they go along. It will be interesting to see if Norman will be able to have the same success despite a much shorter season. He’ll have to ace his routines right out of the gate.

Josh Norman has been known to be a bit of a “rule breaker.” If he decides to bring that to the dance floor we might see some fireworks between him and judge Len Goodman. Hopefully his partner Sharna Burgess has filled him in on how traditional Goodman is in terms of technique and posture. If not people may either rally behind Norman or be turned off.