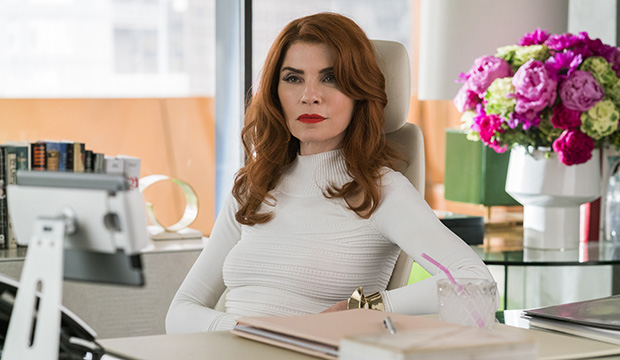 Prepare to see Julianna Margulies like you’ve never seen her before: with red hair! “The Good Wife” star returns to TV on AMC’s new drama “Dietland,” premiering on June 4, and judging by these first look photos, she’s definitely not to be messed with.

Based on Sarai Walker‘s novel of the same name, the darkly comic series, described as a revenge fantasy, stars Joy Nash (“Twin Peaks”) as Plum Kettle, a ghostwriter of a popular New York fashion magazine who struggles with self-image. As she works toward self-acceptance, high-profile men accused of sexual assault and abuse are meeting violent deaths.

SEE [WATCH] ‘The Good Wife’ series finale: We say goodbye to one of TV’s best dramas ever

In her first regular series role since “The Good Wife” ended in 2016, Margulies plays Kitty Montgomery, Plum’s high-powered (and very fashionable) editor. The three-time Emmy winner is giving off some major Miranda Priestly vibes and it’s a shame we’ll have to wait until next year to see if she can storm the Emmys. 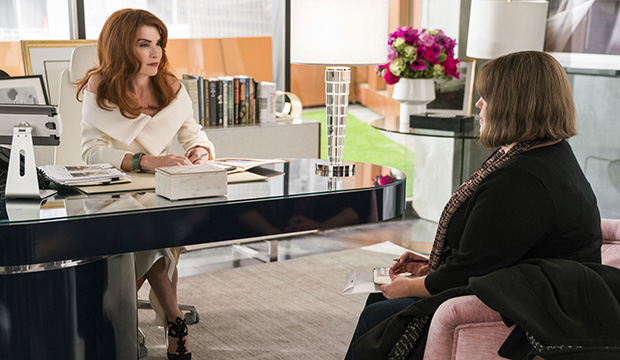 “Dietland” premieres with back-to-back episodes on Monday, June 4 at 9/8c on AMC.