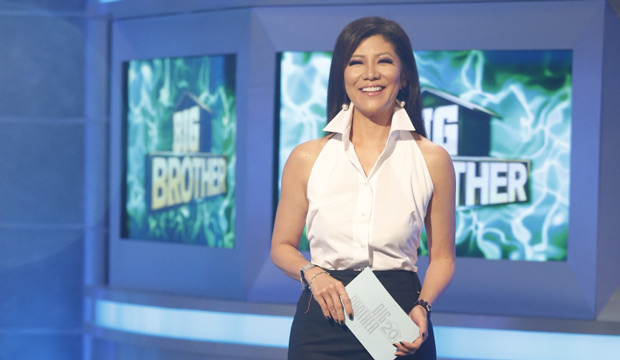 Chen Moonves’ status with “Big Brother” was up in the air after she left “The Talk” in September in the wake of the sexual harassment allegations against her husband Les Moonves, who stepped down as chairman and CEO of CBS. She filmed her goodbye message for “The Talk” in front of the “Big Brother” house, but neither she nor CBS addressed her future with the reality show; however, CNN reported at the time that she was expected to remain as host.

SEE Julie Chen leaves ‘The Talk,’ but what about ‘Big Brother’? [WATCH]

Chen Moonves, who has hosted “Big Brother” and all of its spin-offs since its first season in 2000, memorably used “Big Brother” to vocalize her support for her embattled husband, signing off the last handful of live episodes of Season 20 with “Julie Chen Moonves,” which she had never used professionally since marrying Moonves in 2004.

The new season of “Celebrity Big Brother” will air multiple nights a week, with its two-hour finale scheduled for Wednesday, Feb. 13. The famous cast will be announced at a later date. Season 1, which included Omarosa Manigault Newman, Ross Mathews and Metta World Peace, was won by Marissa Jaret Winokur earlier this year.

As for regular “Big Brother,” a 21st season has yet to be officially ordered.