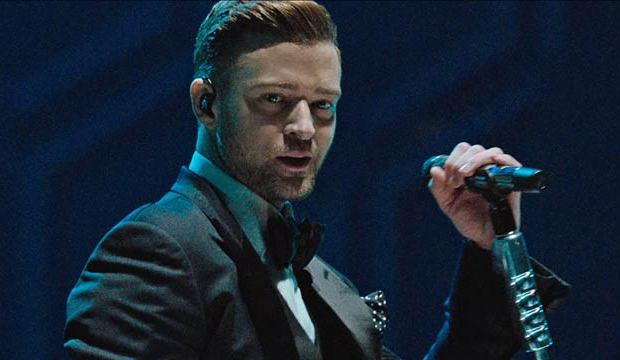 Justin Timberlake dropped his new single “Filthy” on January 5 (watch the music video here), and the reactions have been mixed in our forums. The electro-funk sound is different from what our readers expected given how Timberlake previewed his upcoming album “Man of the Woods,” which will be released on February 2. For some that’s a good thing, and for others it misses the mark.

Co-written with Timberlake’s past collaborators Timbaland and Danja along with James Fauntleroy and Larrance Dopson, the new single is being compared to Bruno Mars, and the responses range from “very good” to “catchy” to “forgettable” to downright “awful.” What do you think? Read some of our forum posters’ comments below, join the discussion here in our message boards, and vote in our poll at the bottom of this post.

M: “The song is actually very good, much better than ‘Suit & Tie’ and ‘Mirrors.’ I have a feeling I’ll love the album.”

BamaEd: “If I wanted well made and entertaining funk/pop, I’d stick with Bruno Mars. The video was bad and the song was very repetitive. It sounded like he is trying to keep up with Bruno and follow his lead instead of innovate. And ‘Man of the Woods’ and ‘Filthy’ seem like two completely separate ideas.”

vinny: “Kinda love this song. It’s catchy. My grade: A”

Foolio: “Catchy tune, edgy production, fun but slightly sexist video. How does it fare as a comeback/image reinvention single? My jury’s out on that one until I’ve given the song a few more spins. It’s a little bit Bruno Mars-y, but then, Bruno Mars is a little bit Justin Timberlake-y.”

LOVC: “The song is not what I imagined, the production is interesting but the lyrics are quite forgettable. At this point of his career and his life Justin should be concerned about creating a more mature sound and this song does not show that. I wonder how it would fit in the context of the album (if it even fits).”

Tyler The Awesome Guy: “Gotta say, as much as I like JT, ‘Filthy’ was a disappointment. The video was great, but I felt the song was way too weird and experimental for my liking. I thought JT said his new album was going to have more country/R&B swing similar to that of music from his hometown? This is the exact opposite of that.”

Bee: “‘Filthy’ was awful. The production change in the first 50 seconds was very off and just downright weird.”