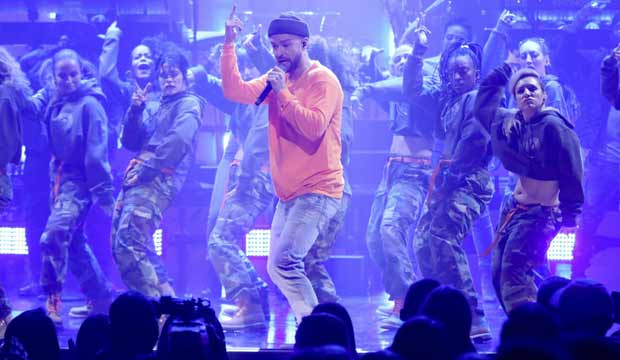 Justin Timberlake‘s “Man of the Woods” received somewhat mixed reviews — scoring 54 on MetaCritic — and so did his Super Bowl Halftime Show, which 44% of our readers thought was just “okay.” But that didn’t stop him from debuting at number-one on the Billboard 200 albums chart. Not only that, it’s the biggest bow for an album since Taylor Swift moved more 1.24 million album units in November 2017.

Okay, so Timberlake’s latest album wasn’t the blockbuster that Swift’s “Reputation” was, but it was still the best week for a male artist since Kendrick Lamar dropped “Damn” last spring. “Man of the Woods” topped the chart in its debut week with 293,000 equivalent album units, which are calculated by combining traditional album sales with individual track sales and online streams. Timberlake’s impressive total includes 242,000 in traditional sales.

So what do you think of Timberlake’s latest? Was it worth the wait?