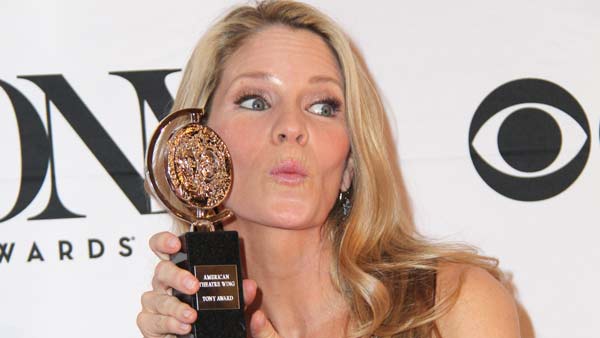 It took a decade for Broadway royalty Kelli O’Hara to snag her first Tony Award win. But shortly after that success on her home turf, O’Hara may be on the way to her first Emmy Award thanks to the web series “The Accidental Wolf.”

O’Hara landed her first Tony nomination in the Musical Featured Actress category for “The Light in the Piazza” in 2005. While her co-star Victoria Clark was victorious in the lead category, O’Hara lost to Sara Ramirez from “Monty Python’s Spamalot.” O’Hara would go on to have an illustrious career on the rialto and would be recognized repeatedly in the lead category. She was nominated for her work in “The Pajama Game,” “South Pacific,” “Nice Work if You Can Get It,” and “The Bridges of Madison County.” Though she was competitive every year, she always wound up a Tony bridesmaid. It wasn’t until taking on the iconic role of Anna Leonowens in 2015 revival of “The King and I” that she finally won her Tony. It only took her six tries in ten years.

The actress may not have to wait that long for Emmy love. Though she dipped her toes into several TV projects after her Tony win, including stints on “Masters of Sex” and “13 Reasons Why,” it was the web series “The Accidental Wolf” that caught Emmy voters’ attention. She is nominated for Best Actress in a Short Form Series, a category that is only three years old. In the series, O’Hara plays unhappy New York housewife Katie. She receives a random phone call where the caller appears to be murdered. Katie’s boredom turns to obsession as she grows determined to locate and save the murdered callers wife from harm.

In order to add another major award to her mantle, O’Hara will have to overtake five other nominees. They are Megan Amram (“An Emmy for Megan”), Lee Garlington (“Broken), Naomi Grossman (“Ctrl Alt Delete”), Diarra Kilpatrick (“American Koko”), and Christina Pickles (“Break a Hip”). Jane Lynch is the reigning champ of the category, having won last year for the soap opera parody “Dropping the Soap.” O’Hara has already picked up a Webby award for her acclaimed performance, so if she can sway Emmy voters with her dramatic turn, she will be halfway to EGOT.