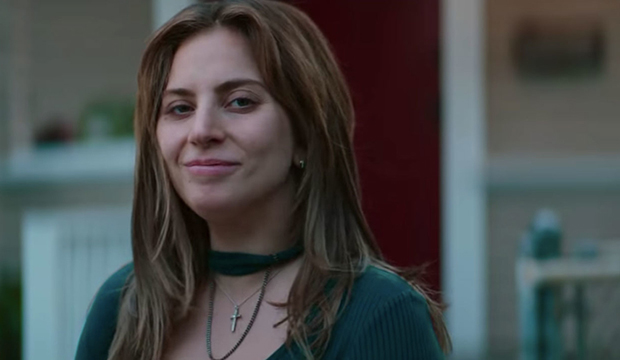 Lady Gaga is indeed far from the shallow now — because she has just overtaken Glenn Close as the Best Actress Oscar frontrunner in our combined odds.

Gaga and Close both still have 4/1 odds, but the singer is slightly ahead — 19.69 percent to 19.47 percent — of Close thanks to her higher placements outside of the top spot by our Experts, Editors and Top 24 Users. Six Experts, one Editor and seven Top 24 Users are backing Gaga, while seven Experts, seven Editors and 13 Users are going with Close.

A six-time nominee, Close had been the predicted champ since our predictions center opened in August for her performance in “The Wife.” But Gaga has been slowly ascending the ranks following the glowing reviews she and “A Star Is Born” have received since it premiered at the Venice Film Festival. And now that the film has opened to a stellar $41.2 million this weekend with many fans, famous and not, praising Gaga’s revelatory performance — nevermind the soundtrack’s songs, highlighted by “Shallow,” dominating the iTunes charts — she has become the one to beat.

SEE If Lady Gaga can’t save the Oscars, no one can

U MUST C A STAR IS BORN
OMG BRADLEY COOPER WROTE PRODUCED DIRECTED AND STARED
AMAZING AND GAGA IS INCREDIBLE!@astarisborn

I ugly cried at the end (tbh all thru) @starisbornmovie My God, what a beautiful movie. @ladygaga is transcendant. And #BradleyCooper? Wow.

#AStarIsBornMovie is the kind of movie that reminds you what the power of film is. #BradleyCooper is not only one of the finest stars around but now a bonafide director. And there simply aren’t words to describe @ladygaga who has taken my breath away in every manner.

If Gaga does beat Close, it’d be a bit of déjà vu for Close, since she lost to another singer-turned-actress, Cher (“Moonstruck”), 31 years ago when she contended for “Fatal Attraction.” Plus, a seventh loss would make her the biggest loser among actresses, breaking a tie she currently shares with Deborah Kerr and Thelma Ritter.

The rest of the top five remains unchanged: Melissa McCarthy (“Can You Ever Forgive Me?”) is in third with 11/2 odds, followed by Olivia Colman (“The Favourite”), whose category placement is still up in the air, and Viola Davis (“Widows”).