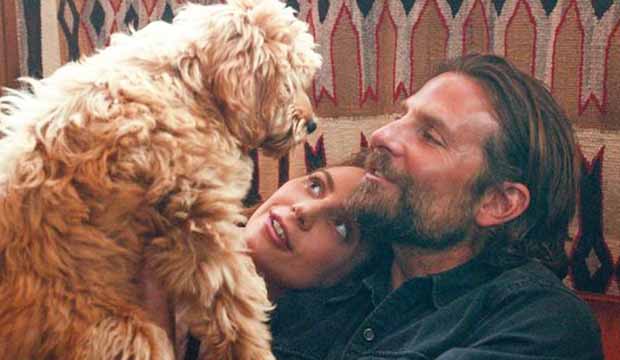 Much has been discussed about how 2018’s version of “A Star Is Born” compares to previous generations of the classic story, and while critics and audience largely agree that the new film is a rousing success, it still has one more standard to live up to: the Golden Globes. While the 1936 version of “A Star Is Born” was released years before the inception of the awards, voted on by the Hollywood Foreign Press Association, the 1954 version netted Globes for stars Judy Garland and James Mason. It was a case of history repeating for the 1976 edition with Barbra Streisand and Kris Kristofferson, who both earned Golden Globes of their own. Now it’s time for Lady Gaga and Bradley Cooper to continue this generational tradition at the upcoming ceremony.

SEEIf Lady Gaga (‘A Star Is Born’) can’t save the Oscars, no one can

The Golden Globes have had a clear affinity for “A Star Is Born” through the years, and all signs point to the 2018 version finding similar good fortune. The film being such a critical and commercial hit will only bolster its chances with the group, who love music-centric stories so much they continue to have their own comedy/musical categories separate from drama. But there is a twist here that may prevent the film from repeating the success of its predecessors: Warner Bros. is submitting it as a drama.

The previous two iterations of “A Star Is Born” won their respective Golden Globes in the comedy/musical categories. Performance in musicals have tended to win the comedy/musical categories throughout Golden Globes history despite being mostly dramatic in nature, such as Marion Cotillard in “La Vie en Rose,” Reese Witherspoon in “Walk the Line” or Bette Midler in “The Rose.” The weight of the material tends to be seen as inherently more impressive and stronger than their competition, who are often in lightweight comedies. While films have been using that musical loophole to enter into what has traditionally been the “weaker” genre competitively, 2018’s “A Star Is Born” isn’t taking the easy road. While the film does feature multiple musical performances, they are not the typical “break into song” numbers you’d expect from a traditional musical. The film is more of a drama about musicians than a proper musical, and thus it is rightfully competing in the appropriate genre at the Globes.

There is a level of risk to this, as “A Star Is Born” will likely have to compete against heavier films like “BlacKkKlansman,” “First Man,” “If Beale Street Could Talk” and “Widows.” In the acting races, Gaga may struggle to beat Glenn Close (“The Wife”) and Melissa McCarthy (“Can You Ever Forgive Me?”) while Cooper has tough competition in Ryan Gosling (“First Man”), Clint Eastwood (“The Mule”) and potentially Christian Bale, should “Vice” be placed there. But let’s look back on last year for an example of a calculated risk that paid off. “Three Billboards Outside Ebbing, Missouri” blended both drama and comedy and faced a similar dilemma of where to put itself at the Globes. While some argued there was enough comedy to put it in the emptier comedy/musical categories, Fox Searchlight went drama instead, presumably in part to solidify the film as more prestigious come Oscar time. This worked out as “Three Billboards” won Best Picture and Actress at the Golden Globes over decidedly more dramatic films, and while it didn’t go on to win Best Picture at the Oscars, it certainly made it a more formidable threat during the season.

All that said, the HFPA still has to approve category placements and it’s possible they may just shift “A Star Is Born” to comedy/musical because of its integral soundtrack. No matter which genre it ends up in, though, Gaga and Cooper should be considered frontrunners in the Actress and Actor categories not only due to their acclaimed performances but their high-wattage star power. Only time will tell if Globes voters fall in love with the “A Star Is Born” story once more, but their history shows a clear love of this tale as old as time.