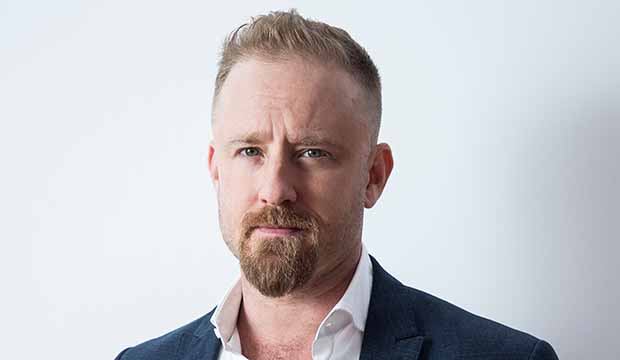 “Leave No Trace” indeed seems to have disappeared without a trace from Oscar predictions this season, despite strong pedigree. The indie drama is director Debra Granik‘s first narrative feature since 2010’s “Winter’s Bone,” an Oscar nominee for Best Picture that also earned her a nomination in Best Adapted Screenplay. Like “Winter’s Bone,” “Leave No Trace” earned universal acclaim from critics, maintaining its perfect score of 100% on Rotten Tomatoes. And yet, the film is virtually missing from almost every predictions list among Oscar prognosticators.

Based on the book “My Abandonment” by Peter Rock, “Leave No Trace” tells the story of Will (Ben Foster) and Tom (Thomasin Harcourt McKenzie), a father and daughter living in the woods off the grid, who are found by social services and forced to adjust to common society. The bond between Will and Tom is the cornerstone of the film, as they are both fiercely loyal in helping each other through the difficulties of life, sometimes at a cost to their own happiness. Foster and McKenzie turn in two of the most brilliant performances of the year, their connection feeling so natural even when they begin to grow apart. McKenzie in particular has earned high praise and drawn comparisons to Jennifer Lawrence, another revelation who Granik turned into a star to watch with “Winter’s Bone.” Lawrence’s raw, stripped-down performance is not unlike McKenzie’s, who creates a character so defiant and true to life that you forget she’s even acting.

Then there’s Foster, who has gradually become one of Hollywood’s most mesmerizing actors thanks to his performances in films like “3:10 to Yuma,” “The Messenger” and “Hell or High Water.” “Leave No Trace” allows Foster to stretch even further as his character maintains his pride while also grappling with PTSD from the Iraqi War. It is a performance reminiscent of Casey Affleck‘s Oscar-winning turn in “Manchester by the Sea,” quietly battling a war in his own mind as he tries to do what’s best for his daughter, all the while knowing he cannot ever escape the traumas of his past.

“Leave No Trace” just earned a boost from the Film Independent Spirit Awards, which gave the film three nominations including Best Picture, Best Director for Granik and Best Supporting Actress for McKenzie. For further awards, Bleecker Street is strategically campaigning Foster and McKenzie in Best Actor and Best Supporting Actress, respectively. Child performances and/or newcomers often have an easier time getting into the supporting category versus lead, even when they are arguably the leads of their films. Oscar nominees and winners like Hailee Steinfeld (“True Grit”) and Tatum O’Neal (“Paper Moon”) can certainly attest to this strategy, even if we’ve seen young performers like Quvenzhane Wallis (“Beasts of the Southern Wild”) and Keisha Castle-Hughes (“Whale Rider”) get into that elusive lead category before.

SEEBen Foster (‘Leave No Trace’): ‘I was very tenderized to the idea of parenthood’ [EXCLUSIVE VIDEO INTERVIEW]

Regardless of where she is campaigned, McKenzie should certainly be more in the discussion that she is, as she currently stands at no. 28 in Gold Derby odds. Foster’s chances are much higher in Best Actor, at 13, but still not anywhere close to being within reach of a nomination. Same goes for the film in Best Picture, at no. 19, and Granik in Best Director, at no. 13. It’s possible that Best Adapted Screenplay is the film’s best chance of breaking into the Oscar race, even if it too is in the 13th spot in that category. We’ve seen plenty of smaller indie movies get lone screenplay nominations in the past, like “20th Century Women,” “The Lobster” and “Before Midnight.” Adapted Screenplay may have a number of major Best Picture contenders in contention, but there is a distinct possibility for Granik and co-writer Anne Rosellini, especially as past nominees for “Winter’s Bone.”

“Leave No Trace” may not have made a huge splash at the box office due to its poetic, meditative nature, but it would be a real shame to see a film so true in nature about humanity and our connection to the world go unrecognized by the Academy. Nominating the film would also be a big gesture in support of Granik, whose eight-year absence from narrative film has often been used as an example of the lack of opportunities for female directors in Hollywood, even after earning major accolades.