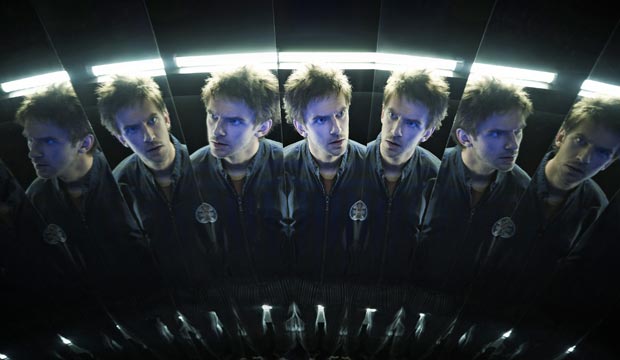 “Legion” returns for its second season on FX on Tuesday night, April 3, following an eight-episode first season that was a stark departure from the norms of more straightforward superhero TV shows like “The Flash,” “Agents of SHIELD” and “Jessica Jones.” The series follows David Haller (“Downton Abbey” alum Dan Stevens) on a mind-bending journey where he discovers that what he thought was mental illness was really a combination of advanced psychic powers and a villain called the Shadow King who had invaded his mind — haven’t we all been there?

The new season is every bit as strange, according to critics, but is it all style over substance? Reviewers have been debating that, as much with themselves as with each other, but the new season has won most of their approval with a MetaCritic score of 84 and a Rotten Tomatoes freshness rating of 100%, both based on seven reviews. The second season picks up a year after the strange cliffhanger of season one, in which David was whisked away in a strange orb, and what happened over the course of that year is as much a mystery to him as it is to those who went searching for him.

So how does the new season compare to the first? Well, it “still has flair to spare,” and it gives us “more compelling reasons to make that trip” into the fractured mind of its protagonist. It’s a “surrealist nightmare” that is “unlike anything else on television,” and in its “gloriously bonkers” approach to its story it gives David Lynch‘s equally bizarre “Twin Peaks” “a run for its money.” Critics wonder if it’s “all sizzle, no steak … but holy cow, does ‘Legion’ season two sizzle.”

Danette Chavez (A.V. Club): “If you’re here for gorgeously-shot, jaw-dropping TV, ‘Legion’ still has flair to spare … The show remains as experiential as ever — getting inside the head of an all-powerful mutant might be inadvisable, but on ‘Legion,’ it actually seems possible. Just as important, the new season gives us ever more compelling reasons to make that trip.”

Ben Travers (IndieWire): “If ever there was a television series to sincerely earn the numbingly overused adjective ‘mindf*ck,’ it’s David Lynch’s ‘Twin Peaks’ — but ‘Legion’ is giving it a run for its money. Noah Hawley’s surrealist nightmare is unlike anything else on television … Hawley and his team of writers hone their storytelling methods, making for a trip that offers more guidance along the way without losing its gloriously bonkers spirit.”

Alan Sepinwall (UPROXX): “Every image, every sound effect, every song choice, is so unusual, so striking, and crafted with such obvious attention to detail that it effectively shoves every concern out of my head until all that’s left is a mooney thump of, ‘Purdy!’ … All sizzle, no steak is usually not a recipe I enjoy for very long. But holy cow, does ‘Legion’ season two sizzle.”

Darren Franich (Entertainment Weekly): “The FX series is a spinoff of the ‘X-Men’ franchise, though it’s more accurate to describe it as: ‘What if the X-Men took all the drugs we’re too lame to know about?’ … This is eye-popping TV, probably the first series to bear the influence of Seijun Suzuki, Paul Thomas Anderson, and Lady Gaga. ‘Legion’ is as energetic as a film student — and just as pretentious.”